by Cherise Threewitt Aug 17, 2018
Do you really need to have your car's oil changed every 3,000 miles? Experts say not necessarily. vm/Getty Images

Oil changes are just one of the many minor hassles of car ownership, but they're crucial to keeping your car in good shape. Furthermore, if you don't change your oil on time and with the proper products, it could void your car's warranty.

However, experts now say that the standard oil change interval of every three months — or every 3,000 miles (4,828 kilometers) — is old news, and that most cars can travel quite a bit farther before needing oil replaced. If you're changing your oil more frequently than necessary, it won't help your car. It doesn't harm it either, but you're wasting money, time and resources. Keep in mind, too, that throwing away oil that's still usable puts a strain on the environment.

There are four main "recommended" intervals for oil changes based on factors specific to you and your car:

Let's take a look at the circumstances for each.

First, if some experts say that 3,000 miles is too often, why would those same experts recommend intervals of every 1,000 miles? It all depends on your driving habits. If your driving routine consists mostly of trips that are 10 miles or less, you should consider changing your oil more often than every 3,000 miles for two reasons.

In short, if you drive your car infrequently, as in much less than the mileage of your recommended service interval, you should still change your oil twice a year since the oil degrades over time.

Some car experts suggest that the 3,000-mile interval is really for the benefit of shops that change oil, since the more frequently you come in, the more money they make. Still, if you have an older-model car that recommends this interval, you're probably better off adhering to it.

Scientific American makes the case for longer intervals, specifically every 5,000 to 7,500 miles, based on the fact that this is what's recommended in most car owners' manuals. The 5,000 to 7,500 miles interval is becoming increasingly common, though some manufacturers recommend you also take your driving style and habits into account.

For instance, if your car is fairly new and you usually drive 20 minutes or more and achieve fairly steady speeds (as opposed to stop-and-go traffic the entire drive) you are a prime candidate for increasing the time between your oil changes. However, if your car is older, it's best to stick with the manufacturer's recommend maintenance schedule.

If your car's manufacturer recommends synthetic oil, or if you decide to make the switch, you could go as many as 10,000 miles or more between oil changes. Though synthetic oil is much more expensive than regular oil, it has more benefits. It performs better than regular oil (see Now That's Interesting, below) and is better for the environment.

Opinion differs, though, whether upgrading is worth it. While some experts suggest doing it in most circumstances, Consumer Reports says that, generally, you shouldn't switch to synthetic if your car doesn't need it. If you frequently tow heavy loads, synthetic oil can help ease the extra strain on your engine. If you own a model known to be prone to sludge issues (that is, when your engine gets clogged with the residue of degraded oil), synthetic oil can help alleviate those problems and prolong the life of your engine.

Get into the habit of checking your oil at least once a month.
Jose Luis Pelaez Inc/Getty Images

What Those Dashboard Lights Mean

It's best to keep track of the miles you drive between oil changes, though some cars make this easier with a dash indicator that tells you it's time to head to the shop, as part of what is called an oil life monitoring system. These systems track your mileage and also use data from your driving that's analyzed by your car's computer to determine when your car needs an oil change. When the light illuminates, it's best to get the oil changed as soon as possible, but it's not necessarily urgent.

If your car has an oil life monitoring system, note that this light is different than your oil pressure light, which illuminates on your dash if your car's oil isn't flowing properly due to low level, a failing oil pump, a leak in the system or some other issue. Learn the difference between the two dash lights, because if the oil pressure light comes on, you need to stop driving as soon as possible to avoid engine damage.

Get in the habit of checking your oil at least once a month to ensure your car's not leaking or burning oil. If the level is low, add oil. Good oil should be a clear brown-black color, though the Automobile Association of America cautions that color is not the only indicator of oil life. If the oil is murky or opaque, it might be time for a change, and if it's milky, your engine may be leaking coolant. If your car has one of the aforementioned oil monitoring systems, though, you might not have a dipstick to check the oil.

The moral of the story? If you don't know how often to change your oil, or how to check it between oil changes, consult your owner's manual. These habits will help ensure the longevity of your engine.

Now That's Interesting
Synthetic oil is better than regular oil because it doesn't break down like regular oil, so you can go longer between oil changes. Synthetic oil can also withstand more extreme temperatures; it won't break down in a hot engine or during hot weather. In winter, synthetic oil it can resist the effects of cold, which means that it'll start flowing as soon as you start your car.

'Crazy Rich Asians' Is a Win for Representation, but Not Without Flaws

The Incredible True Story of the Real 'Black Klansman' 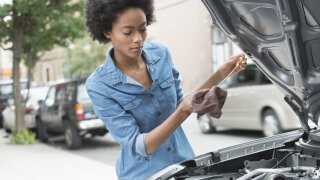 What if I never changed the oil in my car? 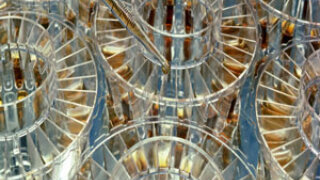 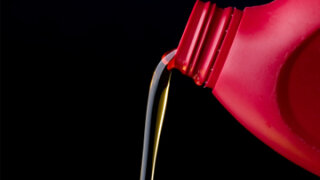 How to Change Oil