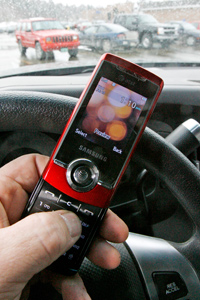 For more information about how texting while driving is worse than drunk driving, follow the links below.