How do you lock the rear differential? 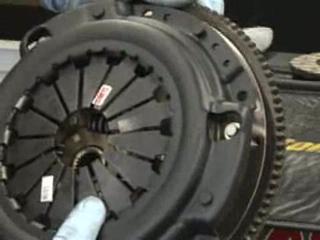 The three jobs of the differential in a car are to channel the power of the engine to the wheels, to slow down the speed of the transmission's rotation before it transfers it to the wheels, and to bring power to the wheels but allow them to rotate at different speeds (which is why it's called a differential). The reason you'd want the wheels to rotate at different speeds is so when the car turns, the outer wheels will move faster than the inner ones because they have to travel a longer distance in the same amount of time. Depending on the kind of car you own, the differential is located on the axle of the front wheels, if you have front-wheel drive, and it is located on the axle of the rear wheels, if you have rear-wheel drive.

While an open differential allows the wheels to turn at different speeds, a locked differential keeps them rotating at the same speed. To lock the differential, you turn on a switch manually, and the two output pistons, which would normally be controlling the two wheels separately, are locked together so however fast one wheel goes, the other wheel rotates at the same speed. The disadvantage to this is that if one or more wheels have lost contact with the road -- for example, if you're bumping over rocks in an off-road vehicle -- the wheel that no longer is in contact with the road will be spinning away as if it's on the ground.