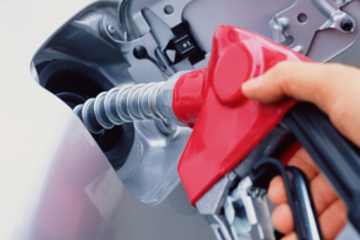 There are steps you can take to prevent your gasoline from evaporating -- or at least slow the process down a little, anyway.
Peter Dazeley/Photographer's Choice RF/Getty Images

It's no secret that gasoline is volatile. And it evaporates quickly, too. In fact, your car's fuel can turn from a liquid into a gas at a very fast rate -- especially when it's hot outside. This trait is bad for the environment, what with 20 percent of all hydrocarbon emissions from cars coming from fuel evaporation [source: Autoshop 101].

It's bad for your wallet, too. Unless you're an executive at an oil company, you probably aren't a fan of the way gas prices have been on a steady rise over the past few years. It's bad enough that your car burns gasoline -- why do you also have to lose more to evaporation?

The good news is that there are things you can do to prevent your gasoline from evaporating (or at least slow the process down a little). First and foremost, make sure your fuel cap is secured tightly. If you don't have a fuel cap, get one. Seriously. That old rag you stuffed in there isn't doing you any favors. Fuel can escape right out of your tank if it's not airtight.

Second, whenever possible, park in the shade during the summer months. Even though modern cars have advanced EVAP systems to prevent too much evaporation from occurring, gas does still evaporate from the tank, especially when the car is parked in the sun. This is even worse when it's extremely hot outside. Parking in the shade helps keep the entire vehicle cooler and reduces fuel evaporation.

One more thing: Buy your gas in the early morning or later at night. It's warmer in the afternoon and early evening, which means evaporation is more prevalent. That's why you're sometimes hit with that nasty gasoline smell at filling stations during the heat of the day.