Can a car seat recognize its owner's rear end? 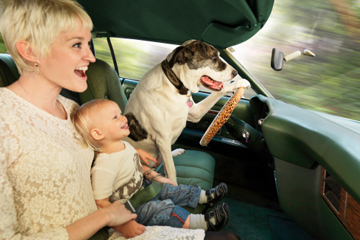 Basically, all anti-theft systems ensure (by some means or another) that only an "authorized" user is attempting to drive the car away -- but this one's a little different.
MECKY/Photographer's Choice/Getty Images

The inevitably sub-par posture and numb cheeks of a wary, worn-out driver can leave an imprint -- on the body, soul and car seat. Even the most well-worn saggy cloth or leather seat can hold the shape from its occupant for a few minutes, and it's never a pretty or flattering sight. Get ready, because in a few years, the shape of your butt will be even more revealing.

Soon, your car seat might do more than prop you up, power forward and back and keep you warm. A team of researchers in Japan has developed a new method of theft deterrent that verifies the driver's identity. Yeah, all anti-theft systems basically ensure (by some means or another) that only an "authorized" user is attempting to drive the car away -- but this one's a little different. Rather than inputting a code or possessing a key, this system is comprised of 360 sensors under the surface of the seat, which work together to determine the shape and size (among other stats) of the driver's lower half: A fingerprint of the butt, if you will. If the scanned information doesn't match the stored information for the car's regular drivers, the car won't start. (There's currently no information available about how inconvenient the system would be in a situation in which a friend borrows the car, or in the event of an emergency.) The inventors claim research has determined a 98 percent rate of accuracy, but the system isn't available yet, so you've got a few years to shape up before your car seat can scan and store any such unflattering data.

Why has such a development taken so long, anyway? Seat sensors have been used, although for more practical and safety-oriented purposes, for more than 15 years. One of the oldest and most common applications was for smart air-bag sensors, in which each air bag in the car was assigned to protect the occupant of a specific seat. If the seat sensor did not detect an adult occupant at the time of a crash, the nearby air bags would not deploy or would deploy at a lower force and speed, reducing the likelihood that a child would be injured by a full-force deployment. Some systems even adjusted the response based on the weight and position (or seating posture) of each occupant.

There have also been other systems that were designed to immediately identify the vehicle's specific driver, although these features were geared more toward comfort and convenience than security. In the last several years, many auto manufacturers began offering driver memory systems on their mid-range and upscale models. These systems used an identifier, such as a key fob, to automatically restore the driver's preferred settings, such as seat adjustment, mirror position and optimal climate control, enabling multiple family members to comfortably share a vehicle without engaging in the automotive equivalent of the "toilet seat up or down" argument. Such cars were no more able than a porcelain throne to identify a specific pair of cheeks, but with this latest development in seat sensors, there's hope yet.

For more information about car safety and seat sensor technology, follow the links on the next page.