by Patrick J. Kiger Mar 5, 2019
There isn't a lot of evidence that additional testing over the years would necessarily improve safety on the roads, though many who have dealt with incompetent and crazy drivers would beg to differ. Big Cheese Photo/Getty Images

If you drive a car, you've undoubtedly had at least a few frustrating or scary experiences with really bad drivers — you know, the guy behind you who crosses the double-yellow line to make a sudden whip-around pass into oncoming traffic. Or the one who blithely taps the brake and rolls through a stop sign, instead of coming to a full stop. Never mind the habitual speeders, the tailgaters or the absentminded menaces who seem to have forgotten how to use a turn signal.

Indeed, in a 2011 study conducted by GMAC Insurance, nearly one in five drivers weren't able to pass a written test of basic driving knowledge, the sort that license applicants take. But even though most people passed, there were some glaring gaps in critical areas. Eighty-five percent of those tested, for example, couldn't name the correct thing to do when approaching a yellow traffic light, and only one in four knew how to calculate the safe distance for following a vehicle.

The idea of requiring experienced motorists to regularly demonstrate their competence isn't something that's ever been conducted on a widespread basis in the U.S., where some states didn't even require novice drivers to pass a road test until the 1950s. Only one state, Illinois, has a law mandating road skills tests for license renewals, and that's only for motorists who've reached age 75. (New Hampshire once had a similar age-related testing requirement, but repealed it in 2011.) As this 2014 Pennlive.com story details, Pennsylvania randomly selects a small sample of the state's 45-and-older drivers and requires them to undergo additional medical and vision exams; based on those results, they might have to take a driving test as well. Additionally, a handful of other states — Iowa, Missouri, Michigan and California — allow officials to selectively require road tests for license holders whom they have reason to believe might be unsafe. That's according to this compendium of drivers license laws by Claims Journal and AAA.

In Iowa, for example, "drivers with valid licenses may be asked to demonstrate their driving ability prior to renewal due to changes in their health," Andrea Henry, director of strategic communications and policy for the Iowa Department of Transportation, explains in an email. "This includes physical and mobility conditions, as well as reduced vision and cognitive issues." While data on how many retests are conducted wasn't available, most of those drivers end up getting renewals anyway, though many have restricted privileges such as a lower personal speed limit or daytime driving only.

So Many Drivers, So Little Time

One obvious problem with regularly retesting experienced drivers — who numbered around 210 million in 2009, the most recent year for which Federal Highway Administration data was available — is that they'd have to get in line with all the first-time applicants. That would create even longer lines at testing stations that already have their hands full coping with nervous adolescents struggling to perform maneuvers such as the dreaded reverse two point turnabout, without hitting those little yellow cones.

A lot of those youthful license applicants end up coming back for retests themselves. As this 2011 National Highway Traffic Safety Administration study found, an awful lot of those newbies bomb on the first try — in California, for example, 42.7 percent of applicants flunked the knowledge test, while 32 percent bombed out on the skills test. (The worst knowledge test performance was in Missouri, with a 61.4 percent failure rate, while Maine's would-be motorists did the worst in driving skills, with 40 percent not making the grade.)

This is all true, even though the U.S. generally has driving tests that are a lot easier than the ones used by the rest of the world, NHTSA found. In the Canadian province of British Columbia, for example, would-be drivers have to undergo 45 minutes of testing on several different types of road, and also must verbally describe what specific road hazards are immediately beside, one block ahead, and behind their vehicles, to test their awareness.

There isn't a lot of evidence that additional testing over the years necessarily would improve safety on the roads. As the Insurance Institute for Highway Safety explains, studies have yielded conflicting results on the question of whether age restrictions reduced the rate of crashes — in Illinois, they did, but in New Hampshire, they didn't. And as this 2017 AAA research brief shows, the rate of injury-causing crashes per 100 million miles driven actually is highest among teenage drivers, and then decreases and levels out for decades before starting to rise again slightly among people in their 70s and 80s. That's not the pattern that you would see if many people saw their driving skills or knowledge deteriorate significantly in middle age.

Retesting Does Not Increase Safety

"Retesting (if you fail the test you lose the license) has been shown to have ZERO safety impact on the drivers involved," Jake Nelson, AAA's director of traffic safety advocacy and research, says via email. "And, it has been shown to reduce mobility by way of drivers voluntarily giving up their licenses due to fear of getting them taken away rather than any legitimate concerns about their driving."

"There is no justification through data/research for testing or screening at a certain age," Nelson said.

Gary Biller, president of the National Motorists Association, a nationwide advocacy group, is similarly skeptical about the value of retesting experienced drivers. "Safety statistics consistently show that the accident rates of drivers 70 years of age and older are not much different than those in the 35 to 69 age group," he writes in an email.

"By contrast, drivers younger than 35 are at the highest risk of accident," Biller continues. "That indicates a couple of things. One is that experience behind the wheel is one of the most important factors for safe driving. Another is that state requirements for the renewal of driver's licenses are reasonable. Those requirements vary state by state, but generally include more frequent relicensing and vision tests once a driver reaches 65, 70 or, in some cases, 75 years of age."

"The NMA doesn't believe that states need to increase licensing requirements for older drivers beyond current standards," Biller explains. But he does think there could be value in allowing officials the option of re-examining at certain potentially problematic drivers. "There should be an objective process through which the licensing agency could be petitioned to do an evaluation of a given license holder based on first-hand knowledge of family members, a law enforcement agency, or the courts. In fairness, there should also be an appeal process for the person who is in jeopardy of losing his or her license or having it restricted."

That approach might offer some protection against the most clearly impaired, potentially dangerous drivers out there. But as for the drivers who violate the rules because they think they can get away with it, you're probably just going to have to continue to be wary of them.

Now That's Interesting
Regular retesting of drivers does have a precedent of sorts in another form of transportation. Veteran professional airplane pilots have to undergo a basic competency check every 12 months, to ensure that they have a grasp of air traffic control procedures, know how to use navigational aids and haven't forgotten basic procedures for dealing with various weather conditions. 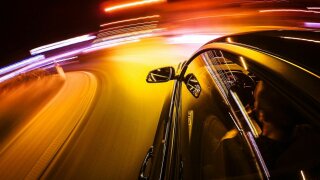 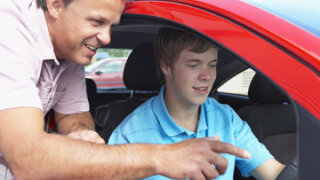 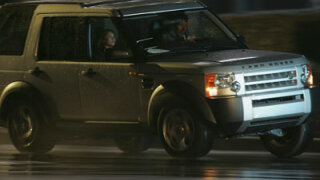 What are precision drivers?