Can you return a used car? 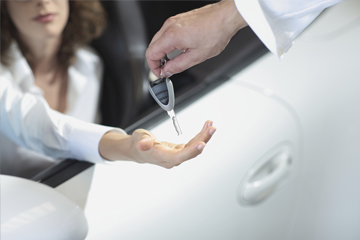 Even if the seller of a used car is trustworthy and provides a comprehensive maintenance history, there are still many opportunities for malfunctions
Visivasnc/ThinkStock

Whether you're buying from a private party or a dealer, a used car usually cannot be returned. It's understood that a used car from a private party is sold as is,whether or not it's stated in the ad (although it is almost always stated in the ad). This means that the buyer is willing to take a chance with the car — even though there might be problems with it. Some used car dealers may offer a warranty or guarantee — just make sure you get the terms in writing.

Protections that apply to some new car purchases do not apply to used car purchases. Lemon laws, which state that a dealer must buy back a new car with significant defects (specifics vary by state) generally don't apply to used cars (although a few states do have used car lemon laws, and several more offer limited protection to buyers [source: Helperin]). Lemon laws usually only apply to new cars for a simple reason: A new car should not have any problems, since it's new. But if something is significantly wrong with the way a car was designed or assembled, the manufacturer warranty and lemon law protect the buyer. This is one reason new cars cost so much.

Used cars are cheaper partly because, even if the seller is trustworthy and provides a comprehensive maintenance history, there are still many opportunities for malfunctions. The car is used, and used things wear out.

Some used car shoppers also believe they can simply return the car if they change their mind, based on the "cooling off" period that allows buyers in some states to return a new car within a short time frame. However, this doesn't usually apply to used cars for the same reasons that lemon laws usually don't.

If the used car is purchased through a dealership, however, it's often possible to buy an extended manufacturer warranty or an aftermarket warranty, which, though expensive, should help take care of major problems that come up after the purchase. Typically, though, these warranties don't give the buyer a way to return the car, no matter what goes wrong with it.

There is one possible exception. If you can prove that the car was sold fraudulently say the car was salvaged by an insurance company at some point, but the seller managed to illegally prevent that fact from appearing on the car's title, then you should be able to return the vehicle after your claim goes through the proper legal channels. However, this situation isn't common, so it probably won't help you [source: Helperin]. Just because your new used car is a piece of junk doesn't mean it's been wrecked.

All in all, unless you bought protection or live in a state that offers some limited protection, once you drive away with a used car, you're generally stuck with it.