Do dealerships make more off new or used cars? 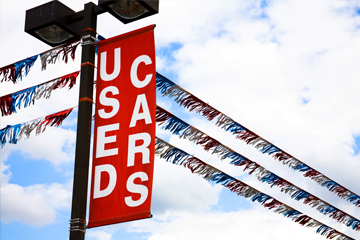 Variation among used cars makes it harder for buyers to comparison shop and easier for the dealerships to hide profit.
fstop123/Getty Images

Generally, dealerships make the most money selling used cars. In a nutshell, there is a lot more variation among used cars than among new cars, making it harder for buyers to comparison shop and easier for dealerships to hide profit.

Contrary to popular belief, the profit margin on most new cars is quite small. Dealerships typically make more money selling more expensive cars, such as SUVs and luxury cars, but high-volume models are strategically priced to compete with other makes and models, as well as with rival dealerships. The Internet has helped car shoppers make sense of industry terminology like "dealer invoice," which is what the dealership pays the manufacturer for the car. There are also laws that regulate which information must be shown to the customer — hence the ubiquitous window sticker. The math that went into new car pricing used to be pretty secretive, but now it's all out in the open, and a well-educated shopper has a good sense of how much the dealer stands to profit from a sale and a strong position for negotiating [source: Popular Mechanics].

Used cars, however, are a different ballgame, because they're not acquired or sold on an even playing field. Depreciation varies by year, model and region, and a dealership is under no obligation to disclose how much it paid for the car. As such, used car guides, such as Kelley Blue Book and NADA Guides, can provide guidelines for reasonable trade-in, wholesale and retail pricing, but they're not to be taken as gospel. As long as the car looks like it's in good condition and the price seems fair compared to similar vehicles on the market, the customer is usually none the wiser. Dealerships tend to get these used cars cheap, too, by picking them up at auction or by lowball trade-in offers to customers eager to get into new cars.

Though there is more profit baked into used car pricing, dealers still make money by selling new cars. Many customers take their new cars back to dealerships for service, a loss leader while the car is under warranty but profitable in later years [source: Henry].

The finance department is another opportunity for the dealer to score. Once the price of the car has been negotiated, the person at the finance desk starts his or her own set of sales pitches. Some dealerships urge customers to buy extended warranties or add other services to the car purchase. They've also been known to qualify the customer for a loan at one rate and then quote the customer a slightly higher rate, pocketing the difference [source: Weathers]. It's fair for a car dealership to make a profit. But some techniques, though legal, are still shady, and it's still up to the customer to be vigilant.