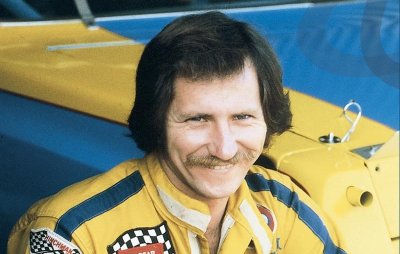 Dale Earnhardt was the most dominant driver NASCAR had seen since Richard Petty. His seven NASCAR titles earned him the nickname "The Intimidator." See more pictures of NASCAR.

Nov. 5, 1978, was a pivotal day in Dale Earnhardt's stock car racing career. At the age of 27, Earnhardt had spent most of his weekends racing at short tracks for winner's purses of less than $1,000. But on this day, the strapping son of the legend­ary Ralph Earnhardt was seated in a NASCAR Winston Cup Grand National car for only the ninth time.

Through the generosity of several track promoters, Earnhardt had managed the occasional ride in NASCAR events. The one-shot deals had come in machinery that wasn't first rate, but the young man from Kannapolis, N.C., seemed to be able to get the most out of the inferior equipment.

On this particular day at Atlanta Inter­national Raceway, Earnhardt found himself buckled in the best car he had ever driven, a Chevrolet fielded by Osterlund Racing. The 1978 campaign was team owner Rod Osterlund's first full season in NASCAR Winston Cup Grand National racing. His regular driver, Dave Marcis, had challenged Cale Yarborough for the title earlier in the year.

But toward the end of the season, Osterlund and Marcis were at odds. The wealthy sportsman from California made a public announcement that Marcis would be replaced in '79 by "an experienced driver." Obviously, that meant Earnhardt wouldn't get the assignment.

Earnhardt drove the Osterlund car for all it was worth in the 500-miler at Atlanta, finishing fourth after starting 10th. He didn't drive like a rookie. There were few, if any, frayed edges. Earnhardt made bold, crisp moves in traffic. Following the race, Osterlund commented that he was quite pleased with Earnhardt's efforts, but he was still looking for an accomplished veteran to take the controls for the 1979 season.

Over the winter months, Osterlund reconsidered and, against his convictions, hired Earnhardt to be the driver. Earnhardt went on to win the Rookie of the Year award in 1979, a season blessed with standout freshman drivers like Terry Labonte and Harry Gant. Earnhardt nearly won the Daytona 500 for Osterlund, losing due to a botched pit stop and questionable strategy. He still finished eighth.

Earnhardt rebounded swiftly to win the Southeastern 500 at Bristol in only his 16th career NASCAR Winston Cup Grand National start. He went on to win the Rookie of the Year award, and despite missing four races due to an injury, he finished ­seventh in the final points standings.

In 1980, Earnhardt made history. He took the lead in the points standings shortly after the Daytona 500 and never relinquished his grip on first place. The young driver bagged his first superspeedway win at Atlanta in March, and scored four other wins during the season. Entering the season finale at Ontario Motor Speedway near Los Angeles, Earnhardt clung to a 29-point lead over hard-charging Cale Yarborough.

Early in the race, Earnhardt fell a lap off the pace when he cut a tire, forcing an unscheduled green-flag pit stop. A caution flag came out shortly after Earnhardt returned to the track, trapping him a full lap behind the leaders. He was in danger of losing the championship in the final race of the year.

Undaunted, Earnhardt whipped past his rivals one by one. He swept under them in the low-banked corners and stormed by others on the open straights. He slithered past race-leader Darrell Waltrip, caught a timely caution flag and was back on the lead lap.

Earnhardt settled for a fifth-place finish as Yarborough came home third. The final margin in the NASCAR Winston Cup Grand National title race was 19 points -- at the time the second closest title finish in NASCAR history. No other driver had won the Rookie of the Year award and the championship in back-to-back seasons. The Osterlund Racing team was in its third year of operation, and had captured the title with a sophomore driver and a rookie crew chief.

Earnhardt's meteoric rise to stardom was no flash in the pan. Within a year, he had hooked up with Richard Childress, who gave up the driver's seat to pursue his vision of becoming one of the top team owners in NASCAR. While the unit figuratively stubbed its toes in the beginning, by 1984 Earnhardt and Childress had become a formidable and cohesive unit. They were winning races regularly and always running near the front of the pack.

In 1986, Earnhardt won five races and his second championship. A year later, he thoroughly dominated the NASCAR Winston Cup season, winning 11 times and taking his third title by nearly 500 points. He went on to rack up championships in 1990, '91, '93, and '94, tying Richard Petty with seven titles. Always a hard charger, Earnhardt earned the nickname "The Intimidator" for his aggressive and sometimes bullying driving style.

Earnhardt's quest for a record eighth NASCAR Winston Cup title would never bear fruit. After enduring a bit of a slump in the late 1990s, Earnhardt appeared back at the top of his game by the turn of the century. He finished second in the 2000 NASCAR Winston Cup points standings and was eagerly awaiting the start of the 2001 campaign.

In the final laps of the 2001 Daytona 500, Earnhardt was running third behind Michael Waltrip and Dale Earnhardt, Jr., both of whom were seated in Chevrolets fielded by Dale Earnhardt, Inc. While protecting the third spot, Earnhardt made contact with the nose of Sterling Marlin's Dodge, and lost control.

Earnhardt shot up the banking, was hit by Ken Schrader, and delivered a head-on shot into the concrete retaining barrier. While the crash didn't appear to be one of devastating consequences, the angle of the impact was such that it dealt a fatal blow to NASCAR's most popular icon.

The cause of Earnhardt's death sparked controversy, but NASCAR has since tightened safety precautions, requiring all competitors to wear the HANS device, a head and neck support collar designed to prevent sudden forward movement of a driver's head in the event of a frontal impact.