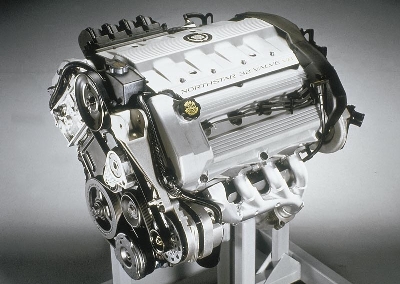 While overall body quality was less than desired at first, it dramatically improved over time. By 1991, the joint product of San Giorgio and the Hamtramck, Mich., plant --where the bodies were married to their chassis and powertrains -- was ranked second among all GM vehicles. The following year, it topped the list.

Then in 1993, Buschman said, “Ron Ports, who headed up the corporate quality audit, said, ‘Bill, compared to any other car we measure in the world, GM and non-GM, Allante is in a class by itself.’”

One unique element of Allante production was the “Air Bridge” that linked the two facilities. After each body passed its final electrical tests, it went onto custom-built racks and was not touched again until it was unloaded at Hamtramck.

The racks were rolled onto trucks for the trip to the Turin airport, where they went into a dedicated hangar before being loaded into specially equipped Alitalia and Lufthansa 747s that jetted them to Detroit. Once there, still in their racks, they were rolled into trucks for the short run to Hamtramck.

"The underbody, the rear compartment, the motor compartment, and all the major electrical components, roughly 80 parts in all, were flown from America to Italy, assembled there and flown back. You might say the assembly line was 9,000 miles long,” Buschman said.

A dedicated area had been set aside for Allante assembly at the Hamtramck plant where higher-volume Cadillacs were built. Before installation, each specially tuned 170-bhp 4.1-liter aluminum-block port-injected V-8 was run for 48 minutes on an engine dynamometer.

Following final assembly and testing, which included a water test and a final careful paint check, each finished Allante was tested for 25 miles on a specially designed evaluation track adjacent to the plant. “I’ve got to give that team credit, too,” Buschman said. “It was an extremely dedicated workforce, and the quality that came out of Detroit-Hamtramck was excellent.”

The Allante was finally introduced in 1987. Find out more about that year's model. Continue on to the next page.

“We put 56 Allante bodies on every plane. It was a perfect system. The only damage was when an operator dropped a belt buckle on a car. There was never a defect caused by the system itself.

“Also, about half the plane going back was filled with parts that we needed. It was called the longest assembly line in the world."