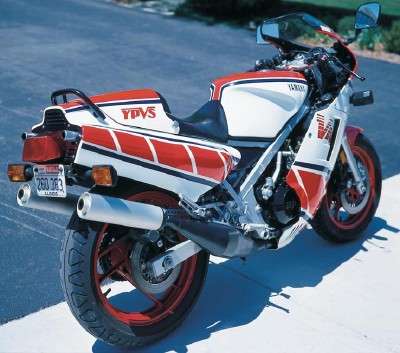 The 1985 Yamaha RZ 500 motorcycle took an unusual route to high performance with an odd choice of engine. Unfortunately, the route didn't lead to the United States.

In the early 1980s, the marketing department at Yamaha sensed the need for an all-out performance machine.

It had to be light in weight, look and behave like a Gran Prix racing bike, and be within budgetary guidelines. After several years of development, the Yamaha RZ 500 shot out the Yamaha factory doors in 1984.

In a brash deviation from the norm, the Yamaha RZ 500 was powered by a 499-cc "square" four-cylinder two-stroke with twin cranks and liquid cooling.

Somewhat more conventional was a chassis formed from square-section aluminum-alloy tubing. This choice of material allowed for superb stiffness matched with light weight.

The RZ's extraordinary performance and handling were actually seen as detriments to the average rider, and sales of Yamaha's little pocket rocket were poor.

Placed in the proper hands, the Yamaha RZ 500 was a potent weapon on the track, but unfortunately a handful around town.

Furthermore, the two-stroke powerplant's failure to meet emissions regulations excluded the Yamaha RZ 500 from the list of motorcycles available for sale in the United States, though several examples managed to find their way in anyhow.

Continue to the next page to see more 1985 Yamaha RZ 500 motorcycle pictures. 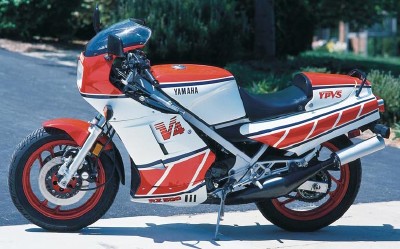 A six-speed gearbox allowed the rider to keep the peaky two-stroke within its narrow power range.

The exhaust system's bulbous expansion chambers helped produce more power.
An adjustable antidive mechanism on the forks was triggered by application of the front brakes.
The Yamaha RZ 500 loved to rev, as the 10,000-rpm redline attests. The speedometer is in kilometers per hour; the RZ 500 was never officially sold in the U.S.