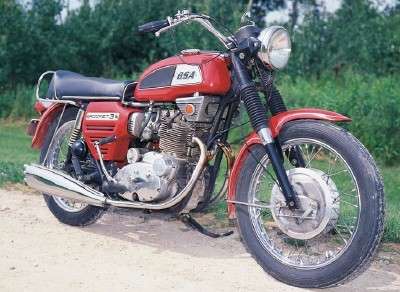 BSA earned its reputation with four-stroke singles and twins, but in 1968, the company broke with tradition and introduced the three-cylinder BSA Rocket 3 motorcycle.

Nearly a clone of the Triumph Trident, the Rocket 3 was powered by an alloy 750-cc overhead-valve engine producing 58 horsepower -- enough to propel the bike to near 120 mph.

Later models would have even more power and higher top speeds. In 1971, a Rocket 3 was ridden to victory at the Daytona 200, but that would prove to be a farewell appearance.

Had the Rocket 3 been introduced three or four years earlier as originally planned, its impact would have been extraordinary. But by 1969, the Rocket 3's contemporary styling and ample power were not enough to fend off the stampede of new large-displacement motorcycles that began coming out of

Japan that year, most notably the Honda 750 Four.

As such, its life was short, and it didn't prove to be the savior BSA had hoped for -- and needed.

Go to the next page for a variety of pictures of the 1969 BSA Rocket 3 motorcycle. 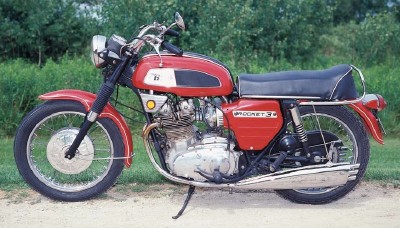 The Rocket 3 had canted cylinders and painted fenders.

BSA needed a savior in the late 1960s, and the company pinned its hopes on the 1969 BSA Rocket 3 motorcycle. Unfortunately, it was too little, too late.