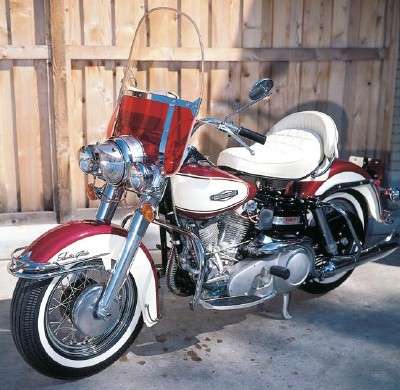 In 1965, Harley-Davidson introduced an electric-start version of the big FL series, dubbing it the Electra-Glide. Still powered by the Panhead engine, the big Harley was now carrying not only the additional weight of the inevitable factory- and owner-installed accessories (made more plentiful by a switch from 6-volt electrics to 12), but also the pounds added by the new starting hardware.

Though the Panhead had served well during its lengthy tenure, owners were begging for more power. For 1966, Harley released an updated version of the 74-cubic-inch V-twin.

The smoother-running, more powerful Shovelhead engine was a welcome relief. Weight of the FLs had crept up to nearly 800 pounds, and the extra power was appreciated by owners.

Yet, despite the greater power and escalating heft, FLs were still slowed by drum brakes front and rear; it wouldn't be until 1972 that a front disc would appear.

Go to the next page to see more 1966 Harley-Davidson FLH Electra-Glide motorcycle pictures. 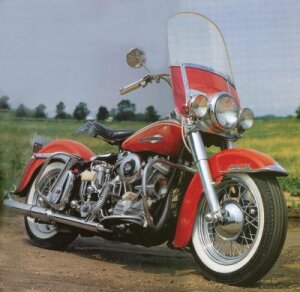 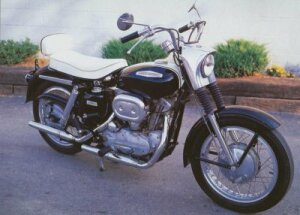 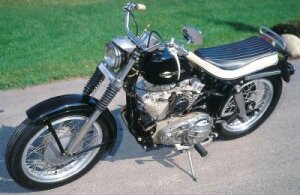