One of the greatest individual beneficiaries of the amped-up auto market was the 1955 Plymouth. A "perfect storm" of styling pizzazz and V-8-engine performance swept through the American auto industry in 1955. The result was an industry record for the year in which more than 7.1 million of the 1955-model-year cars were sold.

Having slipped from its traditional third-place perch in sales to fourth behind Buick in 1954, Chrysler Corpo­ra­tion's low-price make bounced back handsomely in 1955, turning out 704,454 cars.

That wasn't enough for a return to its expected sales position (that would take another couple of years to accomplish), but it did mark a 52-percent gain from the year before and a slight increase in market share to back near 10 percent.

The stumpy, compacted look that made Plymouth appear out of step with "longer, lower, wider" tastes in the 1953-54 period was neatly swept away for 1955. Virgil Exner's "Forward Look" set a new styling direction for all of Chrysler's brands.

As executed under the direction of Plymouth chief stylist Maury Baldwin, the 1955 Plymouths stretched for an appearance of length, with front fenders that angled forward as they rose to their peaks and rear quarters that did likewise in the opposite direction. Only a grooved section at the grille center and triangular taillight lenses lent some visual connection to the model that came before.

Two new ohv V-8 engines provided lively alternatives to the carried-over L-head six: a 241-cid job good for 157 bhp, and a 260-cube powerplant that made 167 bhp with a two-barrel carburetor or 177 with a four-port carb.

Power­Flite automatic transmission -- with a dashboard-mounted control lever -- was available in place of the standard three-speed manual gearbox.

The new Plymouths rode a chassis stretched an inch in wheelbase to 115 inches and upgraded with alterations to the front shock absorbers and rear springs. Sus­pend­ed pedals and tubeless tires were additional new features.

As had been the case in 1954, the base Plaza, intermediate Savoy, and high-line Bel­vedere series of Plymouths were offered. The Belvedere was the best stocked, offering two- and four-door sedans, a two-door hardtop, and a Suburban station wagon with six-cylinder or V-8 power, plus a V-8-only con­vertible.

The convertible's $2,351 starting price was bested only by the tab for the V-8 Belvedere Subur­ban, but that couldn't keep 8,473 sun lovers from motoring off from their local Plymouth dealership with one of the ragtops.

When photographed, this restored convertible was in the collection of the late noted Chrysler-products collector Harry DeMenge. Its 260-cid V-8 is teamed with the Power­Flite trans. Other options include a radio and power steering. 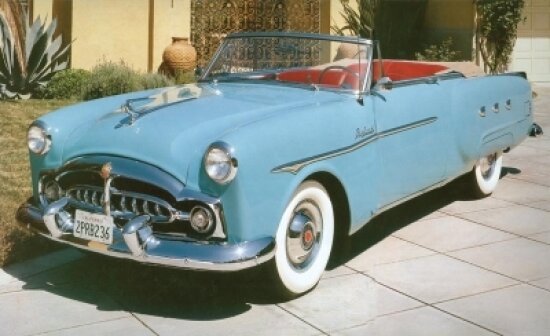 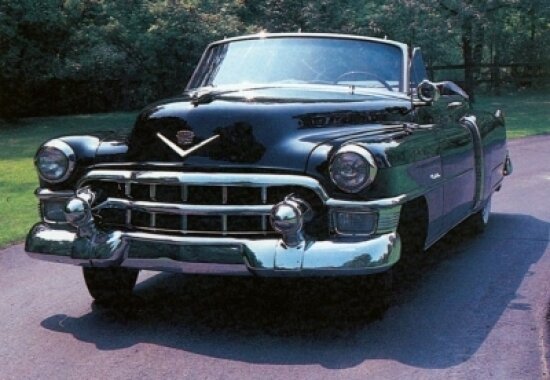