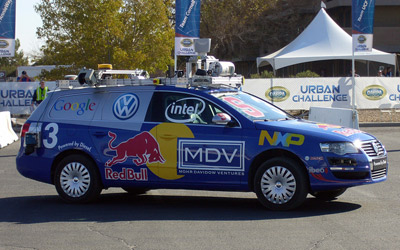 A Volkswagen Passat, modified and robotized by a team from Stanford University, competes in the DARPA Urban Challenge in 2007.
Tangi Quemener/AFP/Getty Images

Let's face it: People are bad drivers. We zoom around, talking (or texting) on our cell phones, yelling at the kids in the back, fiddling with the radio and generally thinking about anything but the road. In fact, one study by the Federal Highway Administration estimates that 93 percent of car accidents are a direct result of driver error [source: FHWA].

Because people are such bad drivers, we know car safety is important. That's why car companies develop things like traction control, anti-roll systems and airbags in concert with the National Highway Transportation Safety Administration and the insurance industry. It's also why they work with the Defense Department to develop unmanned vehicles that can carry weapons and navigate war zo­nes.

Did that last bit throw you? You might be thinking that automotive safety is about things like airbags and seat belts, not missiles and drones. And while traffic can be bad, it's not exactly a war zone out there. But a key part of automotive safety is preventing accidents, and one of the best ways to do that is to take drivers out of the equation. That means developing cars that can drive themselves. But there are other uses of driverless car technology that can keep people -- namely soldiers -- safe. The same systems that can help a car navigate traffic can help an unmanned vehicle deliver help and supplies or perform reconnaissance in a war zone. That means fewer soldiers on the battlefield and fewer lives lost. That's why the Defense Advanced Research Projects Agency (DARPA) came up with its annual Urban Challenge.

So what is DARPA all about? Find out in the next section. 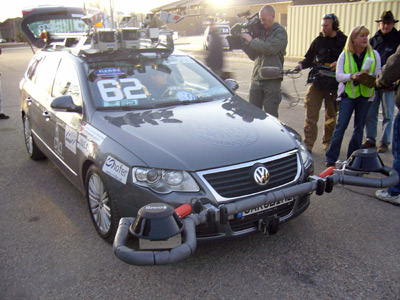 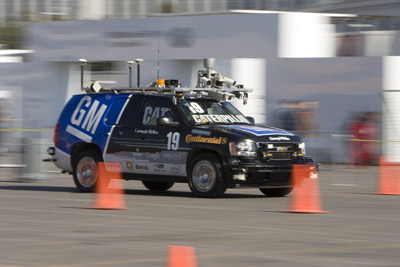 To learn more about car technologies, look over the links on the next page.