Ever since its invention, the car's been a work in progress. Whether we're talking radical shifts from combustion to electric engines, or simple addition and removal of fins, spoilers and other aesthetic features, automotive engineers can't seem to leave well enough alone. And we're lucky that's the case, because if not for innovation and the testing of new ideas, we wouldn't even be back at the horse-and-buggy days — there'd be no buggies, either.

One of America's great minds of innovative design was the groundbreaking architect, engineer and all-around big thinker Buckminster Fuller. Whether we're talking geodesic domes, energy-efficient homes or even flying cities, Fuller — or just "Bucky," as he was known — had a lot of big ideas from the 1930s to the '50s. Learn more about Fuller's ideas in this episode of our Stuff to Blow Your Mind podcast:

Fuller applied his forward thinking to the automobile, creating something called the dymaxion car. The name combined the words dynamic, maximum and tension. The tri-wheeled, canvas-topped vehicle took inspiration from the aerodynamics of airplanes and blimps, and was designed to be super-efficient — able to transport up to 11 passengers at up to 90 miles per hour (145 kilometers per hour), and could travel 30 miles (48 kilometers) per gallon of gasoline. In the video above, Wall Street Journal columnist Dan Neil takes a replica of the 1933 Dymaxion No. 1 created by and housed at Nashville's Lane Motor Museum — "This is the romance of aviation brought to the ground," he says — for a spin.

So how does it drive?

Thanks to the front-wheel drive and roomy interior, "it's very nautical," Neil says in the video. "The tiller feel is very pronounced." That's not necessarily a compliment, as Neil says the car feels unsafe even at lower speeds, adding that driving the "road zeppelin," reminded him of nothing so much as "taxiing a tail-dragging plane down a country road."

We're not likely to see the dymaxion car on the roads any time soon, but it's cool to think that almost 100 years ago, automobile engineers were open to experimenting with different designs in what was still a nascent industry.

An image of Buckminster Fuller's plans for his dymaxion car.
kitchenerlord/Flickr
Now That's Cool
In 1936 Buckminster Fuller introduced the idea of a dymaxion bathroom: a portable copper structure that included a self-cleaning shower and a waterless toilet that automatically shrink-wrapped human waste for composting.

30 Is the New 10: Study Says You Only Need a Tetanus Booster Every 30 Years 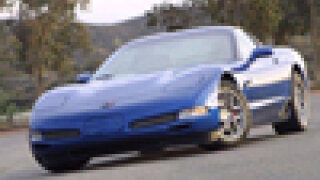 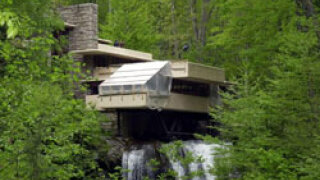 7 'Facts' They Got Wrong in School About Christopher Columbus
January 28, 2020