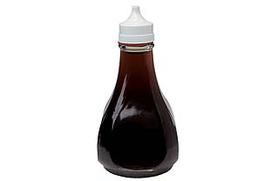 Vinegar has been around since the dawn of civilization. They found evidence of its use in Ancient Egypt and Ancient China. Vinegar is also mentioned in the Bible and is considered one of the favorite condiments of the prophet Muhammad.

Vinegar is widely praised for its culinary uses. In most homes, it's stored in the pantry with the other foods. As an edible, it is great on greens and as a dipping sauces, however, if you are only eating with vinegar, you are not using it to its full potential.

Here are a few things that vinegar can do in your car.

2. Clean the Car's Interior with Vinegar and Water

Clean the car's interior with a mix of vinegar and water, equal parts.

3. Polish the Chrome on the Outside.

Polish the chrome on the outside.

4. Put a Bowl of Vinegar in Your Car Overnight to Remove Odor.

Put a bowl of vinegar in your car overnight to remove odor.

In the winter, coat your automobile?s windows with vinegar. It will prevent frost.

It also works as a windshield cleaner.

And it's great for removing those pesky bird droppings.

Spray a mix of equal parts water and vinegar on any road salt stains on the carpet. Blot with towel.

9. Power a Toy Car with Vinegar and Baking Soda.

Power a toy car with vinegar and baking soda.

Have a great use for vinegar in the car of your own? Want to read what other Planet Green readers are doing with vinegar? Check out the new vinegar forum.