Synthetic vs. Conventional Motor Oil: Which is Best for Your Needs and Environment's? 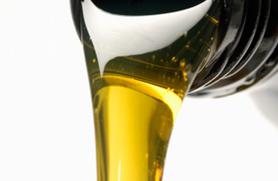 The next time you walk in to your local shop to get your oil changed and the service attendant asks you synthetic or regular? You just might have to think twice before you answer...for the sake of your wallet, and yes, the environment too!

But all this advanced technology doesn't come cheap. A synthetic oil change can cost over twice as much as conventional oil...but is it worth it beyond its obvious better performance characteristics?

This is not exactly a straight yes or no answer to go along with this question as there are several variables to consider, but in general, most experts would agree that synthetic is (for now) the lesser of the two evils.

Their logic stems from the fact that while conventional oil is evil because it is derived from petroleum, synthetics are unfortunately formed by chemicals that are no less harmful to the environment... but there is a difference here. Synthetics can last as much as three times longer than conventional oil, which means that you could be dumping less than 15 to 24 quarts of oil per year.

This is of course assuming that you are not recycling your used oil, because if you are, at least a good portion of this oil should be getting reused, but it is quite an extensive process to filter used oil for reuse...so the question still remains, which is better?

For your pocket book, there is not much of a difference if you allow your oil change cycles to last longer with synthetic. There is a debate on when you should change your oil, because the age old consensus has always been every 3 months or 3,000 miles, whichever comes first.

With todays technology, synthetics are cleaner and meaner (just not necessarily any greener). Their composition is much cleaner, because it is derived in a laboratory rather than nature, and it has been proven to have a lower volatility and therefore not vaporize out the exhaust as quickly.

Synthetics have also been shown to produce less resistance in the engine and therefore offer more horsepower and overall efficiency for the engine. This added horsepower in return means that the engine will be able to perform at the same level as before, but using slightly less gas.

Depending on where you drive (dusty, dirty climates), and how much and far you drive (shorter distances don't heat oil enough to boil off condensation in the engine), you can probably last between oil changes for 10,000, 15,000, on up to 20,000 miles with some brands of synthetic.

There is a middle choice to make things even more confusing, the synthetic blend. This mixes the two together to give you a moderately better oil at better cost to you. These don't quite have the longevity of the full synthetics, so it really all comes out in the wash in the end.

If you want to be on the safe side, you can follow what your manufacturer recommends as far as oil goes. In general more performance oriented vehicles require synthetic because of the high heat that builds in these engines, whereas conventional engines don't require anything special.

While synthetics appear to be the more environmentally friendly choice for the moment, there is hope for a vegetable oil (such as canola) alternative that would beat synthetic in both form and function, as well as production price. But the same problem exists here as it does for some biofuel alternatives.

We would have to surrender part of our agricultural crops for food, to produce these crops for motor oil. Food for the planet...or a cleaner environment, why is there never a clearcut choice towards the path of least carbon foot resistance?

Until such a time that we have a more obvious choice, we can continue to make our best informed decisions on engine oil. Sometimes it is not so much a choice of right and a wrong, as it is a choice of the lesser of the two wrongs. Of course, if you are considering going electric, you cold bypass this dilemma altogether!