How will the car of the future use biometrics? 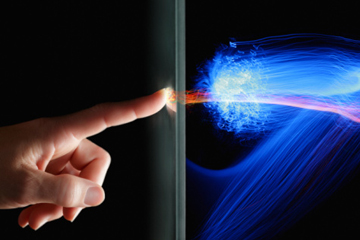 Some biometric security systems use a touchpad and a fingerprint to verify the person trying to start the car is allowed to do so.
Steven Puetzer/Photographer's Choice/Getty Images

Biometrics sounds like the stuff of science fiction, but measuring biological markers to identify people is already happening. Scanning the swirls of our fingerprints or the individual markings of our eyes has been used for years by security professionals. Within the next decade, similar technology is coming to our cars.

There are a few biometric systems for cars making their way to the market already, like a car seat that identifies the driver by the size and shape of his or her butt (it uses 360 sensors). There are also security systems for cars that use a touchpad and a fingerprint to verify the person trying to start the car is allowed to do so.

But Mitsubishi Electric Corporation showed how far biometrics can take the car of the future at the 2011 Tokyo Motor Show with the EMIRAI concept. The car recognizes the driver's face using a camera, and then also takes the temperature of the driver's face with an infrared ray. A sensor in the seat measures the driver's heart rate.

Like the biometric systems on the market today, the EMIRAI concept can be programmed to allow only authorized drivers to start the car, but it can also set the seat location, dashboard display, music preferences and more for each driver.

This sounds like yet another distraction (or a dozen) for drivers, but Mitsubishi Electric says most of the functions take place automatically. The temperature and heart rate measurements, for instance, are taken constantly and could be used to automatically move the car to the side of the road or summon help if the driver becomes ill.

All of the biometric technology shown in the EMIRAI could be in cars by 2022, according to Mitsubishi Electric. Now, if we could just get those flying cars.