Why is summer fuel more expensive than winter fuel? 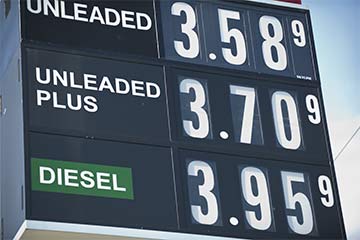 Unfortunately for drivers, gas prices often go up during the summer, starting around Memorial Day [Source: EPA]. There are many reasons behind the increase in summer fuel prices, and some are fairly logical. More people traveling, especially on family vacations and road trips, increases demand. Also, in the spring months, energy companies conduct maintenance on their refineries, shutting them down and limiting capacity until late May. Because of these disruptions, oil supplies can become stretched. In addition, natural disasters, like hurricanes, can increase prices by disrupting transport routes and damaging refineries and other infrastructure.

But did you know that the gasoline sold during the summer is actually different -- and more expensive to produce -- than that sold in the winter? In this article, we'll take a look at why summer fuel prices are higher, focusing on the annual shift from winter-grade fuel to summer-grade fuel.

Twice every year in the United States, the fuel supply changes. It's known as the seasonal gasoline transition. This change is the biggest reason for the price hike in summer gasoline. Depending on the time of year, gas stations switch between providing summer-grade fuel and winter-grade fuel. The switch started in 1995 as part of the Reformulated Gasoline Program (RFG), which was established through the 1990 Clean Air Act Amendments. The Environmental Protection Agency (EPA) started the RFG program in order to reduce pollution and smog during the summer ozone season, which occurs from June 1 to Sept. 15 [Source: EPA].

In order to reduce pollution, summer-blend fuels use different oxygenates, or fuel additives. These blends, the EPA claims, burn cleaner and also help compensate for a limited oil supply. The EPA says this practice of using seasonal blends also encourages the development of alternative fuels [Source: EPA]. (Remember that gasoline isn't just made up of processed crude oil -- it's a blend of refined crude oil and different compounds and additives.)

So what's the difference between summer-grade fuel and winter-grade fuel? Summer-grade fuel is more expensive for two reasons -- because of the ingredients it contains and because refineries have to briefly shut down before they begin processing it. Summer-grade fuel also burns cleaner than winter-grade fuel. This just means that it produces less smog and releases less toxic air pollutants, which we'll talk about more [source: EPA]. The actual difference in cost of production varies. One estimate claims an increase of only 1 cent to 2 cents per gallon [Source: Slate], while another states 3 cents to 15 cents per gallon [Source: Reason]. No matter the difference in production costs, the increase at the pump is even greater, owing to the summer driving season, dips in supply, maintenance costs and companies' converting to production of summer blends.

On the next page, we'll take a look at why summer-grade fuels are more environmentally friendly and when exactly the shift between summer and winter fuels occurs.