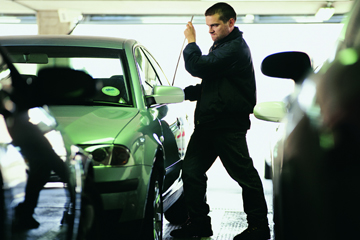 Modern car doors have the added complication of side-impact sensors, which are the ones that trigger the airbags if your car is hit hard in the side. Is it possible a slim jim could deploy your car's side-impact airbags?
(Adam Gault/Digital Vision/Getty Images)

Locked out of your car? Snap into it with a slim jim. Oh, yeah!

A slim jim is a tool, usually made from a thin sheet of metal or plastic, that sneaks into a car's door structure through the window opening (by inserting it parallel and adjacent to the glass) and triggers the mechanism that unlocks a locked door. In some circles, this may be referred to as an "unlocking tool." Slim jims were originally designed in the era of non-powered locks (the old mechanical kind) and worked by hooking a wire inside the door structure that freed the lock. Now, in the age of power everything, it seems like a slim jim might not be quite as useful on a car with a more complicated design; however, slim jim manufacturers say that the tools will still work on cars with power locks.

Of course, the slim jim was also designed before automobile airbags, and long before car manufacturers (chasing after high safety ratings) began stuffing airbags in every available orifice. Modern car doors have the added complication of side-impact sensors, which are the ones that trigger the airbags if your car is hit hard in the side. The exact location of these sensors varies a little from model to model (as do the door lock components), and it's hard to imagine that most people, needing to get into their locked car in a hurry, take the time to actually track down and consult a diagram of their car door's inner workings to ensure accuracy when they're fishing around for the lock. It seems logical that jamming a piece of metal down into the door and blindly digging around might inadvertently make contact with the airbag components, which could, in turn, trigger an unexpected deployment. All that said, though, it's still unclear how this urban legend took off. Many sources claim that it was a firefighter in Ohio who was injured, or possibly even killed, after accidentally deploying an airbag with a slim jim, but there are very few details to be found.

An undated bulletin from the National Highway Traffic Safety Administration (NHTSA) explains further. After these rumors and concerns reached the government agency (which is in charge of vehicle safety standards and testing in the United States), they tried to track down the Ohio firefighter story to verify that the incident actually occurred. They found nothing. The NHTSA then spoke to some car manufacturers and they were eager to assure the general public that, basically, there's no way a slim jim could make a side-impact airbag go off.

So no need to worry. If you lock your keys in your car, the side airbag won't deploy when that kind firefighter lends you his slim jim. (It also won't deploy if a car thief is using a slim jim, for that matter. But tool companies are quick to mention that they only sell slim jims to qualified law enforcement personnel, locksmiths and mechanics.) Good news all around. 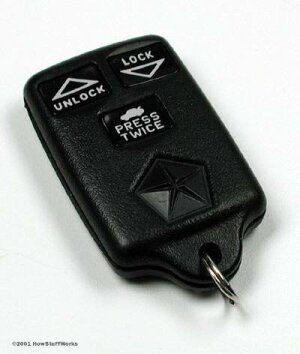 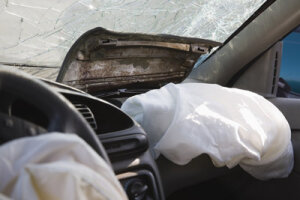