Can Electric Car Batteries Be Recycled? 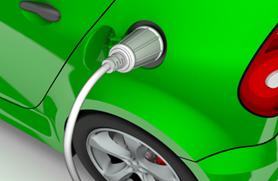 Happily, the answer is yes -- the batteries that power electric cars (and hybrids, for that matter) can be recycled. For decades, the few electric vehicles that were on the road were powered by lead-acid batteries. The latest models, with their lighter weight and longer range, use lithium-ion batteries, just like laptops and cell phones. In either case, the batteries that power electric cars can be recycled.

In the case of the older-technology lead-acid batteries, 96 percent of the materials in the battery -- including the nasty lead -- is recovered. To compare, only 38 percent of the material in glass bottles is recovered in the recycling process. They can also be recharged and reused before being recycled. Hybrid cars currently on the road, like the Toyota Prius, use nickel metal hydride batteries, which can be dismantled and recycled in much the same way.

When the battery packs in a lithium-ion-powered vehicle are deemed too worn out for driving, they still have up to 80 percent of their charge left. So before they ever get to a recycling center, these batteries are used to prop up the grid, especially alongside energy sources that may not be quite as steady, like wind or solar power. The batteries can store power to help the flow of electricity stay on an even keel rather than ebb and flow with the weather.

Since lithium-ion battery-powered cars are just now coming to the mass market, the recycling centers that can reclaim their components are still in their infancy, too. Toxco, a big lead-acid battery recycler, is set to open the first lithium-ion battery recycling plant in the U.S. Companies like Tesla Motors, which has had lithium-powered electric sports cars on the road for a couple of years now, already sends its spent batteries to Toxco's current facilities for recycling.

When lithium-ion batteries reach a recycling plant, there are two ways to pulverize them. If they are completely without a charge, they're simply shredded so that the metal components, like copper and steel, can be easily sorted out. If the batteries could still possibly have a charge, though, they're frozen in liquid nitrogen and smashed to frozen bits (cool!). The liquid nitrogen is so cold, the batteries can't react, so the smashing is safe. And probably fun. Then the metals are separated out for reuse.