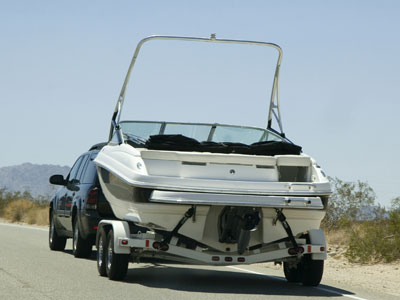 Have you ever watched in amazement as a pickup truck tows a huge load of bricks? If you thought, "Wow, that defies the laws of physics!" you would be wrong.

Believe it or not, the laws of physics (or more specifically, the laws of motion) actually allow a 5,000-pound (2,268 kilogram) truck to tow a 10,000-pound (4,536 kg) load. It's part of the interplay between the energy exerted by the truck's engine and the forces of gravity. This is no small feat, however; if you remember Newton's Third Law of Motion, you know that from the moment your truck begins to move, there are forces that oppose it every step of the way.

There are three states that your truck can enter when it comes to driving and towing: rest, acceleration and constant velocity. When your truck's transmission is in park and your truck is motionless, it's considered at rest. The gravitational push downward toward the center of the earth and the upward push from the earth (called normal force) oppose one another to keep your truck at rest. Your truck will stay put -- after all, an object at rest tends to stay at rest.

But you don't want to rest, you want to tow. This means you have to overcome this tendency to rest through applied force. Fortunately for you, your truck has an engine that can produce energy, which serves as the applied force required to get you moving. While the opposing normal and gravitational forces still remain, to accelerate you're going to have to deal with the forces of friction. Rather than up and down, these forces exist parallel to the ground, and push in the opposite direction of the way you want to move. You can't catch a break physics-wise, can you?

With us so far? Good. Keep reading to learn more about the physics of towing. 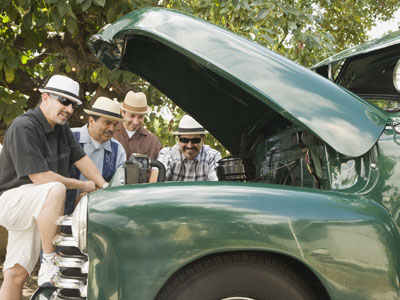 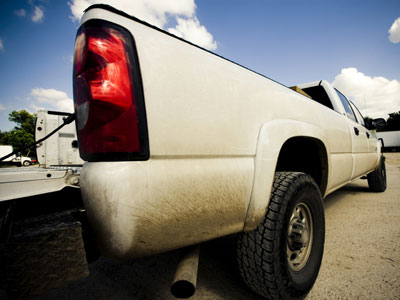