How to Test Brake Lights

Browse the article How to Test Brake Lights 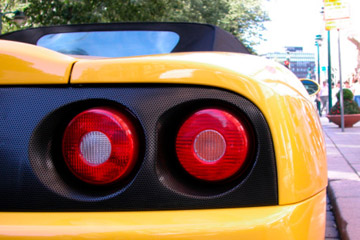 Image Gallery: Car Safety If you drive with your brake lights out you're asking for trouble. See more car safety pictures.
©Getty Images/AbleStock.com/Thinkstock

It's critical to have working brake lights on your car. They're a safety feature and a tool of courtesy to other drivers. Illuminated brake lights indicate your car is slowing down or has stopped, giving other cars -- in daylight, dim light or darkness -- plenty of time to stop so they don't crash into you. Aside from all that, if your brake lights don't work you can get a traffic ticket.

But you can avoid all those problems by testing your brake lights once in awhile -- a couple times a year is sufficient. It's especially important to do a test before the low-light winter months set in. If your brake lights aren't working, fix them immediately for safety's sake.

It's simple enough to test your brakes. Just have a friend stand behind the car while you step on the brake pedal and have him or her tell you if everything looks OK. If you're working alone, rig up a mirror or lay a broomstick on the pedal and tuck it into the seat, then walk behind the car and look for yourself. And don't forget to check all your brake lights. Cars built in recent years feature three brake lights -- one on either side in the rear, both of which are implanted in the rear bumper, and a "cyclops" light in the back window.

Brake lights, of course, depend on a car's electrical system, which runs on a series of switches and fuses to protect circuits. If one or more of your brake lights isn't working properly, it could mean one of three things: The brake light system fuse is blown, the brake light bulbs are burned out or the brake light wiring switch is broken. All of these issues are easy to troubleshoot.

Read on to learn how to identify and fix the problems. 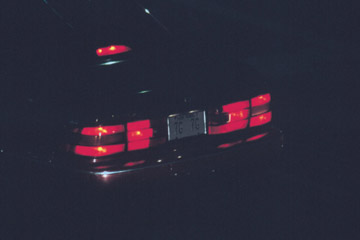 Check all of your brake lights, including the "cyclops" light.
John Foxx/Stockbyte/Thinkstock

If none of your three brake lights is working, it's doubtful that all of the individual bulbs have burned out. It's far more likely you have an electrical system problem. It may sound complicated and expensive, but don't worry. Odds are the electrical system trouble is nothing more than a failed brake light system fuse.

Each part of the car's electrical system corresponds to a fuse, which protects it from amperage overload; if one electrical component blows out, the rest of the car doesn't get fried. If the fuse fails, electricity can't reach the lights, which may be in fine working order otherwise.

You'll need a connect test light for the next step (you can get one at any auto parts store.) Turn your car's ignition to the "on" position, grab the connect test light and attach it to a ground, like the dash or the body of the car, and gently press the tip of the tester to each of the fuse's two ends. Now, press down lightly on the gas pedal. Does the test light illuminate? If so, the fuse is functional, and the problem most likely is a used-up brake light bulb. If, however, the test light illuminates when the connection is only pressed against one side of the fuse, the fuse is faulty. If the test light fails to light at all, regardless of where it's connected to the fuse, you definitely need to replace the fuse.

But wait, you're not done -- once you put in a new fuse, you'll need to test it again. If both lights trigger, the fuse is working and the repair is complete. If the new fuse doesn't work while you have a foot on the pedal, the circuit itself is shorted out. That's a more complicated and expensive fix, which will need to be handled by a professional mechanic.

If you're lucky, maybe you just need a new light bulb. Turn to the next page to learn about that best-case scenario. 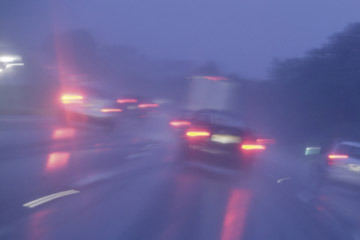 Replacing a brake light bulb is a simple task. Generally you'll go in through the trunk of the car or the fender (check your manual for specifics, especially for the cyclops light change-out procedure). First, gently remove any casing or bulb trim that might be present and set it aside. Next, unscrew the bulb as you would any light bulb. Inspect the housing of the bulb, as well as the filament inside. Is the filament blackened and broken? Then you're going to need a new bulb. Is the bulb cracked? You'll need to replace it.

It's important to check the other brake light bulbs as well. Do the self-test (with the broomstick) or get a friend or a large mirror situated so you can see from the driver's seat whether the brake lights go on and when you apply pressure to the brake pedal.

Replacement bulbs cost about $2 for a basic model and up to $30 for extra bright halogen lights. Make sure to consult your owner's manual to determine the type of bulb and wattage you'll need for your particular vehicle. Once the new bulbs are in, test them again. If they don't work at that point, you may have a bad socket, which will require the attention of a professional mechanic.

The issue may also lie with the brake light switch. Read on to learn how to test it. 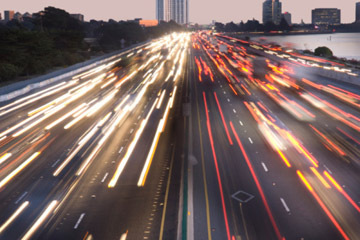 Rush hour at dusk is less daunting if all your lights are functioning properly.
iStockphoto/Thinkstock

The switch is located near the brake pedal and it's probably marked. Once more, get out your test light and ground it as you did when you checked the fuses. Place the sensor on just one of the two wires and hold the brake pedal down as you do so. Then test the other wire. If power is connected and the switch is working properly, the test bulbs will illuminate. If it doesn't light up, the brake light switch is faulty and will need to be replaced. If your switch is a more complicated setup, consisting of more than two wires, use the owner's manual to locate the primary "power in" and "power out" wires and test those.

If you do all of these things and still can't get your brake lights to work, your car may have some different systems that need to be checked. For instance, some cars' brake lights and turn indicators are wired together, which means you'll need to inspect that combined system and its fuses. Some Japanese cars feature a dedicated "brake light control module," while cars with an integrated computer system usually offer onboard diagnostic scans to pinpoint any problems.

Fixing a vehicle's brake lights is usually an easy task but there are occasions to consult a professional mechanic. Whatever your car requires, it's important to get those lights fixed as soon as possible.