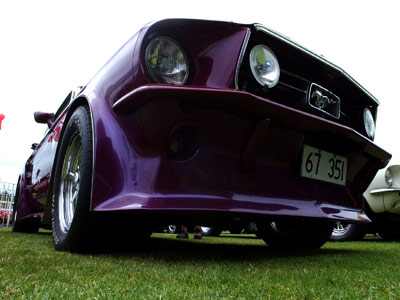 When it comes to cars, is there anything more suave or more retro-cool than tooling around town in a restored vintage vehicle? Sure, any millionaire can strut into the Lamborghini dealership and blow $300,000 on the latest overdesigned, technology-laden cop magnet. However, a tremendous amount of dedication and effort goes into bringing an older car back to roadworthiness, let alone to competitive show condition.

A great deal of that effort should go toward making the car safer than it was when it first left the dealer's lot -- even if it was decades ago. It happens that one of the easiest safety upgrades you can make is to your brake system.

­Why upgrade your brakes first? Better brakes mean­ shorter stopping distances and give you critical time and road space to avoid accidents. As a result, you can better protect yourself, your family and the investment you made in labor and custom parts for y­our car.

Power brakes are also easier to operate. As the name implies, a power brake system reduces the pedal effort required to slow or halt the vehicle.

In this article, we'll take a look at upgrading from­ a manual brake system to a much more effective power braking system. You can upgrade your entire brakes setup if you wish: From manual to power and from drum brake to disk brake. Some people choose to do it all at once, but you can do one job first, then another, if your budget prevents you from doing it all in one shot.

To find out what tools are required to convert to power brakes, go to the next page. 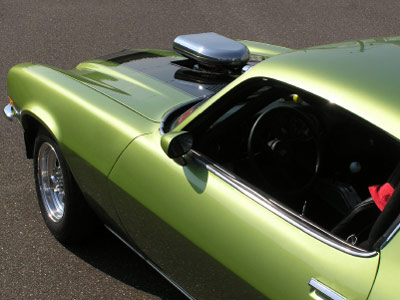 Power brakes were a luxury addition to vintage vehicles like this 1971 Chevrolet Camaro for decades, but you can now install them yourself for a few hundred dollars.
©­­­istockphoto.com/Eddy Lund

­Power brake conversion is not a do-it-yourself project for occasional tinkerers. This is a job for experienced mechanics that requires patience and a good understanding of how brake systems work. If you do it yourself, be sure to have a standard set of brake tools handy, including brake line wrenches, a brake bleeder kit and a socket wrench set with any attachments that allow you to better maneuver on both sides of the firewall. A stubby-handle wrench would work well here.

How long should it take to convert your brakes? Conversion kits and so-called bolt-on projects are notorious for having missing parts, unclear instructions and imperfect fits. If you're planning on doing a full-on power brake conversion, it's a good idea to set aside an entire weekend for the project.

Why so long? Because for kits that go with certain vehicles, such as popular vintage Mustangs, you'll need to remove several of the surrounding pieces to access critical parts of the braking system. One Mustang power brake installer, for instance, had to remove the brake pedal, the steering column and the gauge cluster to swap out his manual brakes for a Master Power brand conversion kit.

You might want (or need) a power brake conversion, but how much will it cost? Well, that depends on several factors, like your car's make, the quality of the parts you choose to install, the system's manufacturer, and many others as well.

Despite the many variables involved, plan to spend at least $300 to $500 on a power brake system, including the diaphragm and master cylinder. That figure does not include labor, which could vary widely depending on how easy or difficult it is to access your car's brake system at the firewall. For that money you'll usually get a new master cylinder, along with the actual booster diaphragm, vacuum hose connection and sometimes even a new brake pedal.

For an overview of the different parts involved in a power brake conversion, go to the next page. 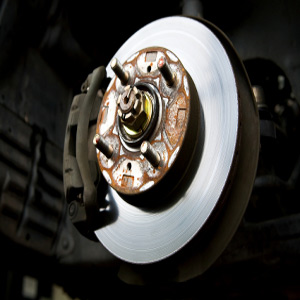 A close-up of an automobile brake.
­©­istockphoto.com/Felix Alim

At the heart of any power brake upgrade is the power brake booster. The power brake booster is a device that mounts to the vehicle's firewall, located behind the brake master cylinder. It gets its power from the vacuum created by the engine when it's running. You may have noticed on a car with power accessories that the steering wheel is difficult to turn and the brake pedal is hard to press - that is, until you turn the key and crank the engine. Once the engine is running, these features are able to operate as intended -- with minimal effort.

A power brake conversion kit may also include a new brake pedal. The new pedal will have to travel a much shorter distance to effectively stop the vehicle.

Other pieces that may come new with your particular kit include brake fluid reservoirs, a brake force distribution block and perhaps a proportioning valve that determines how much braking force goes to the front and the rear wheels.

Vacuum-assist brake boosters are the most popular types on the market, but they aren't the only kind. In fact, in some cars the vacuum pressure created by the engine is too weak to provide effective braking force. One way around this is to create an all-hydraulic, or hydroboost, system. In these setups, the brake system borrows pressure from the power steering pump to provide the additional stopping force [source: Nelson].

These setups presume that the vehicle has power steering in the first place. In the days that spawned today's classics, power steering was considered a luxury, but the aftermarket has stepped in with power steering kits as well.

Vacuum-assist and hydraulic-powered controls may one day become obsolete. For future generations of cars, manufacturers are developing fully electronic braking systems that are more responsive, weigh less and can use on-board computers to brake more effectively than current braking systems.

To find out the steps in installing a typical power brake conversion kit, go to the next page. 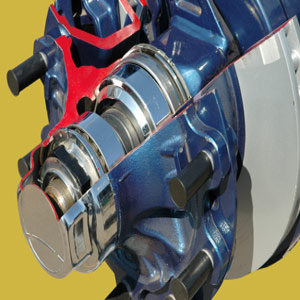 For older American-made vehicles, especially classics from the 1970s and earlier, you can probably find a kit made specifically for that car. This is important because the kit manufacturer has probably done the hardest part for you: They've done the engineering calculations to figure out the best part for the job, as well as the best place to put it, on each vehicle.

That said, you can piece together your own power brake kit if, for instance, you are building a street rod for which no other pre-existing kit is available. In that case, you may have to do a fair share of fabricating mounting points and custom bending of new brake lines. If you're not sure about any of this, you should leave it to the pros.

As for the actual installation itself, expect it to consist of several major sub-procedures:

While a brake kit installation is not an easy project, in most cases, it should be pretty obvious from the included instructions what connects to what. If not, most reputable kit retailers have a help line that you can call for technical support. The project's complexity lies in keeping track of all the stuff you removed in order to access the areas in and around the master cylinder and brake pedal. Keep in mind that you may also have to drill into the firewall of your vintage car or truck in order to provide anchoring points for the new brake booster and master cylinder.

The bottom line is this: Converting your beloved vintage vehicle to power brakes will be labor intensive. However, the improved performance, safety and the well-deserved rest that it will give your tired braking leg are well worth the trouble.

For lots more information about brakes, go to the next page.