How the Venturi Fetish Works 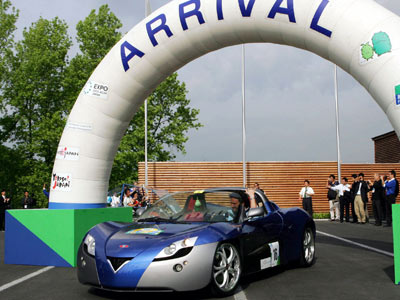 The Venturi Fetish prototype battery electric sports car goes through the arrival gate in front of the Aichi Expo 2005 guesthouse upon its arrival from Kyoto in an eco-car rally in Nagakute, central Japan, on June 9, 2005. See more electric car pictures.
AP Photo/Katsumi Kasahara

Suppose you heard that a European company was releasing a terrific new sports car and that only 25 of them were scheduled to be made. Each one of them will be a unique collector's item, custom tailored to their owner's specifications. Oh yeah, and the price is going to be a dirt-cheap $400,000. You'd have your checkbook out in a heartbeat, right?

Well, maybe you wouldn't. Not everybody can afford a nearly half-a-million-dollar car. In fact, relatively few people can. But does it make sense for a company to develop and sell a car that most people consider outrageously expensive, especially during a time of economic turmoil? Well, that's exactly what the Venturi Corporation of Monaco is about to do and they hope to sell all 25 that they produce.

Meet the Venturi Fetish -- one of the world's first electric sports cars. It's not on the market as of this writing (and Venturi has pushed back the projected release date several times), but when it finally appears on the street, it will be one of the most exclusive (and expensive) cars you can own.

­Venturi originally announced the Fetish as the world's first production two-seater electric sports car; however, since Venturi's original announcement, the Tesla Roadster has taken that title. The Fetish is a premium vehicle in every sense of the word, not the least of which is the price, which is staggeringly high. By limiting their output to only five vehicles a year, however, Venturi hopes to attract a small but very wealthy clientele, willing to pay top dollar for the opportunity to own something very rare and special.

Let's look at the specs on the Venturi Fetish: The electric motor will produce 330 horsepower, and the car will have a range of 180 miles (289.7 kilometers) between battery charges and a top speed of 110 miles per hour (177 kilometers pe­r hour). Perhaps the most impressive spec is that it can accelerate from 0 to 60 miles per hour (0 to 96.6 kilometers per hour) in about 4.3 seconds, which would be extraordinary even in a sports car with an internal combustion engine. And because it's a fully electric car, the Fetish produces zero emissions.­

Over the next few pages we'll look at the Fetish's background and examine just what makes it go. 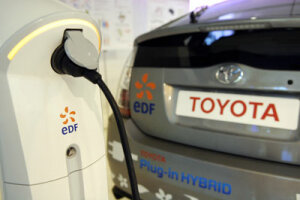 Electric cars with no plug-in?