How Often Should I Replace My Car Battery?

Browse the article How Often Should I Replace My Car Battery? 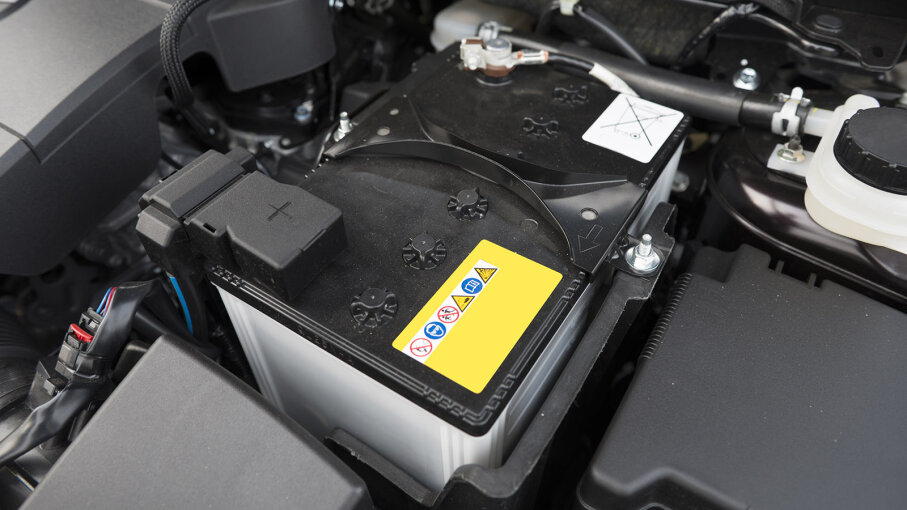 Car batteries are the automotive workhorses we rarely think about, until they're dead. kontrast-fotodesign / Getty Images

Car batteries are the strong, silent member of the automotive team. They do their job regardless of heat, cold weather and the drivers who demand so much of them. While a battery that allows a car start at the first turn of the key is a joyful thing, it doesn't last forever.

In fact, depending on where you live and how you drive, the condition of your charging system, and several other factors, a car battery will last about four years on average. And when it does give out, there's generally no sign of trouble — your car just dies.

While the lead-acid car battery hasn't changed much in the last 100 years, testing has gotten a bit easier. Simple battery testers can't, at this time, muddle through the chemical complexity of what goes on in a battery. Instead, they provide a sort of snapshot of the battery at the time it's being tested — without the context of the battery's chemical composition before or after the test. Fortunately, this snapshot will help you keep an eye on the situation.

So the rule of thumb is simple for battery replacement: You have approximately four years before the battery will theoretically begin its slide from chemical powerhouse to chemical paperweight. At the four-year mark, start watching for symptoms (which we'll discuss in a bit) and be prepared to take action.

But due to the nature of the chemical cocktail inside any battery, it may give out before you think it's ready, or maybe it will last for several more years.

Keep in mind as you read that batteries for hybrid and electric cars are a little different, and this article will primarily discuss batteries for cars with regular gasoline engines.

Normal Life of a Car Battery 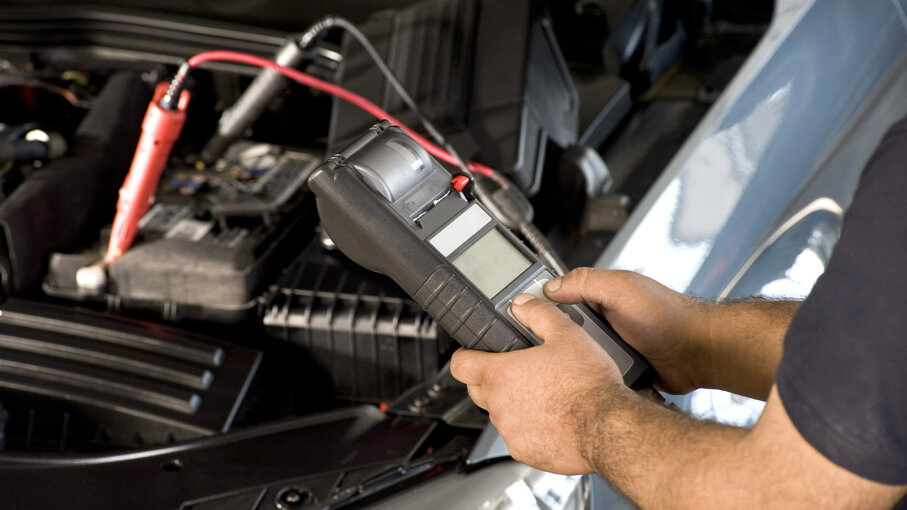 Testing the juice in your car battery is simple, and can help prevent you from being stranded with a dead car. sumbul/Getty Images

When it comes to vehicle maintenance, "normal" is determined by a number of factors that exist in theory but rarely come to pass. For instance, a battery has an average normal lifespan of four years under normal conditions. "Normal" in this case means the battery goes through full charge cycles, isn't subjected to extreme temperatures, is attached to a reliable and consistent charging system and isn't providing power for a ton of accessories.

But normal just isn't normal. In the real world, temperature extremes, vibration, short trips down the street and an ever-increasing array of smartphones, aftermarket navigation systems, and other devices all take a toll on the battery.

If you look at a typical lead-acid maintenance-free car battery, it's easy to make sense of why these factors affect normal battery life. Inside the plastic box are plates of materials like lead and lead dioxide. The plates are suspended in a mix of water and sulfuric acid, which forms an electrolytic solution. This solution allows electrons to flow between the plates — that flow of electrons is essentially electricity.

A host of factors can disturb this chemical reaction. Vibrations from rough travel or a poorly-secured battery can shake loose or damage the plates. Extreme heat speeds up the chemical reaction, shortening battery life, while extreme cold can sometimes prolong battery life by slowing down the reaction. Therefore some batteries are covered by an insulating sleeve to keep extreme temperatures in check.

Driving style can affect the reaction, too. Starting the car takes a huge jolt of electricity, so the charging system has to step in to replenish the battery. That means if you have a short commute or take lots of brief trips, the battery never gets fully charged. This constant state of undercharge results in acid stratification.

Inside the battery, the electrolytic solution goes from homogenous — or the same all the way through — to a rough vertical split. The upper half of the solution is a light acid, while the bottom is a heavy acid. The light acid layer will begin to corrode the plates, and the heavy acid solution will start to compensate for the car's electrical needs by working harder than it is designed to work. The result is a shorter battery life, even though the battery shows up as working on routine tests. 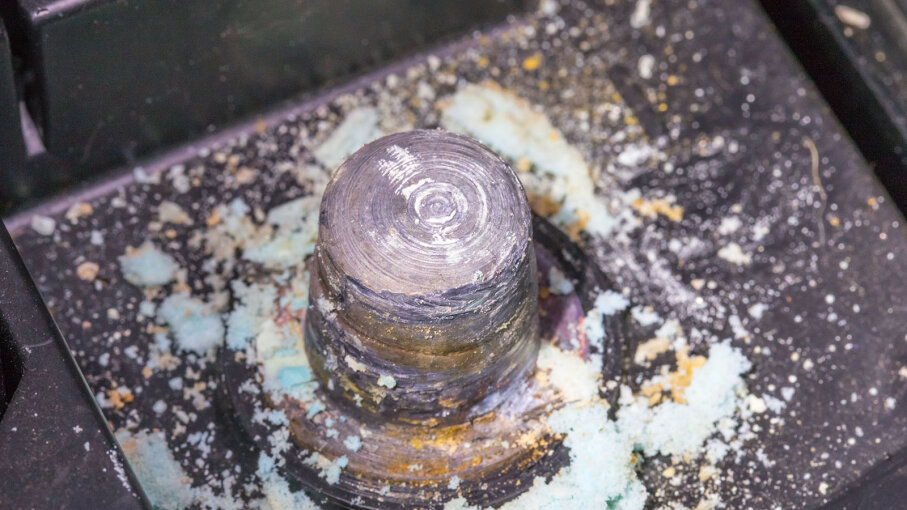 Batteries are so reliable and so simple that drivers have a tendency to forget they're even there until it's too late. If you pay attention to your car's battery and conduct a few regular tests and observations, you'll reduce your risk of being stranded on the road. Batteries are relatively inexpensive, considering the amount of work they perform on a regular basis.

The most obvious sign of a battery problem is a dead battery. However, because the battery is part of a larger system connected to other parts of the car, a dead battery may indicate a deeper problem than simply no juice. If something else is going wrong in the electrical system — say, a weak alternator — a working battery may be providing less electricity than it should.

The best way to test a battery is with the electronic testers available at most auto parts stores. You or an automotive technician hook the tester to the battery in the car, and it will take a snapshot of your battery's condition and indicate whether it needs to be replaced.

There are a range of battery testers available of different types and different price points. Some clip to the battery or its terminals to provide a readout, while some plug into your car's cigarette lighter to measure the charge. If you're popping the car's hood to clip a tester to the battery, consider wearing gloves and goggles to protect your hands and face from battery acid or corrosion.

This check should be a part of routine vehicle maintenance and done every time you have an oil change.

The battery itself also provides other clues to whether it's on its way out. The first is its age. If the battery is older than three or four years, start expecting problems. Second, take a look at your driving habits. Remember, short trips and long periods of inactivity will zap a battery's life. Third, look at the battery itself. Corrosion or stains mean it could have a leak.

If your battery is covered in a case or insulating sleeve, remove it every once in a while to see what's going on underneath. Look for buildup around the terminals as well. You can clean the buildup off with baking soda and water — just remember to use gloves and safety glasses while working. The electrolytic solution is partially sulfuric acid, which is not gentle on the skin. Finally, smell the battery, paying attention to rotten egg odors (sulfur) or the smell of the battery overheating.

How to Replace a Car Battery 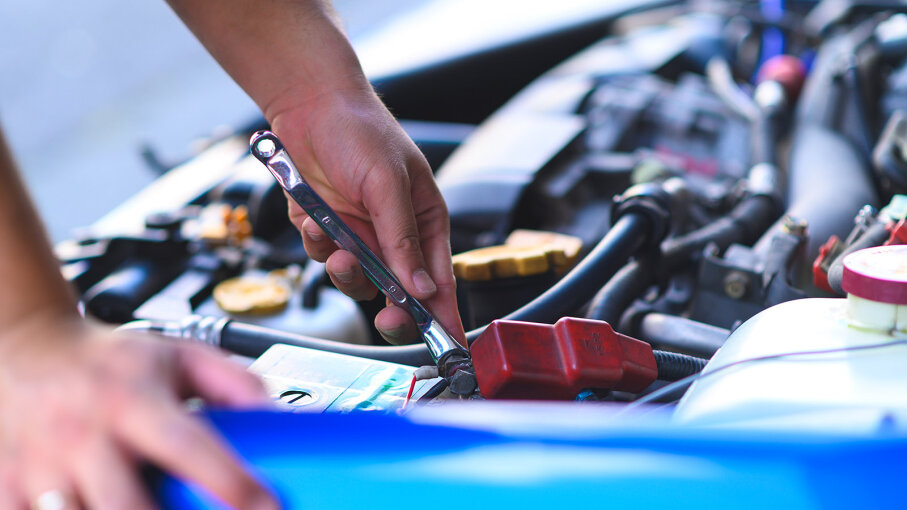 Changing out and old battery for a new one is relatively simple, and requires just a few tools. Kiyoshi Hijiki/Getty Images

Replacing a car battery is relatively easy and can be part of a regular auto maintenance schedule. While there seems to be a dizzying array of batteries on the market, Consumer Reports says that three companies produce most of the maintenance-free batteries used in the United States today — Johnson Controls Industries, Exide and East Penn. Each company manufactures batteries that are marketed by different companies under different names. The name brand on the battery ultimately doesn't matter. What does matter is age, cold cranking amps, reserve capacity and group size.

Follow these rules and you should be able to weather the worst a bad battery can throw at you, and find a reliable new one when you need it.

As mentioned, this information applies to regular car batteries that help get a car running. If you drive a hybrid or plug-in hybrid vehicle, batteries are also an extremely important element of the powertrain.

The general rule of thumb for hybrid car battery replacement is 10 years, though there is a lot of variation to that rule, according to Green Car Reports. That is because there are different types of batteries out there for different vehicles, and also because many of these vehicles are quite new, so there simply isn't enough data to demonstrate how they hold up over time. Your best bet is to expect to replace your hybrid car's battery in about 10 years. That said, at that point you may be tempted to simply buy a new hybrid car, since battery technology for this segment is constantly getting cheaper and more efficient.