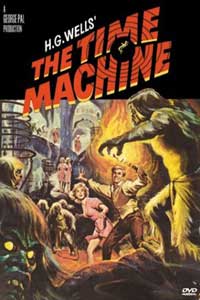 Moving highways underground probably won't result in the discovery of bestial sub-humans, but it could pay off in other ways.
Image courtesy Amazon.com

In the­ science fiction novel "The Time Machine," author H.G. Wells envisioned a distant future in which humans had devolved into two distinct races: The beautiful Eloi, who live an idyllic life in the English countryside, and the brutal Morlocks, who labor underground to sustain the Eloi's way of life on the surface.

Even if you overlook the Morlocks' cannibalistic attacks on the surface world, this clearly isn't an ideal arrangement. Yet the idea of pushing the less attractive elements of our lives underground isn't entirely without merit. After all, if we can bury power and communication lines, why can't we do something similar with our highways? And while no one at HowStuffWorks will make an argument in favor of creating a race of subterranean monsters to do our bidding, isn't it nice to have someone else do the work? Why can't we pass the wheel over to some manner of mechanical Morlock when we need to take a long trip?

This is exactly the theory behind the creation of an underground automated highway (UAH). Need to travel cross-country to visit your parents? You would simply drive down into the nearest UAH entrance and let your specialized vehicle's automated guidance system sync up with the highway system. You'd turn the controls over to the vehicle, which would allow you to sleep, work or play for the remainder of the drive. There would be no tracks, no moving platforms -- just your vehicle driving itself in formation with other automated vehicles. Upon reaching your destination, the vehicle would follow the proper exit, and you'd take the wheel to manually drive the last few miles.

Such a system would be safer and less congested than current highway systems. In addition, the land that might otherwise be used for highways, interstates and related infrastructure could be reclaimed. Imagine if just half of the world's highway systems could be reserved for oxygen-producing wild plant life? Think about all the hungry mouths you could feed if that land was used for agricultural production?

Are automated highway systems the future of transportation? Drive into the world of tomorrow on the next page. 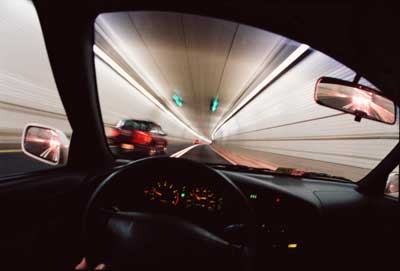 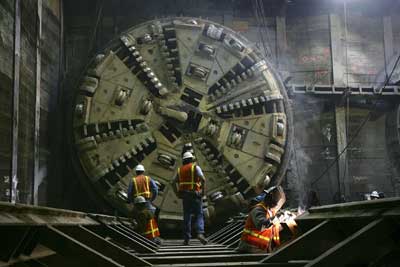 To learn more about the technologies associated with the underground automated highways of the future, visit the links on the next page.