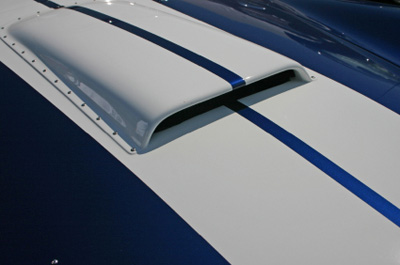 Car racing is full of breathless excitement -- but not for the engines. Car engines need to breathe freely and easily for best performance, just like you do when you're exercising. Since car engines create power through combustion, getting enough air is vital. They won't work without it. The more air that gets into an engine, the better it will breathe. Also, engines give their best performance when the air they receive is cold. The cold air thickens the air/fuel mixture the engine burns, which allows the engine to get more energy out of it. Enhancements like superchargers and ram air intakes are designed just for that purpose.

Surprisingly, superchargers aren't allowed on NASCAR or Formula One race cars; however, they are used on dragsters. One of the more widely known drag racing organizations is the National Hotrod Association. While NASCAR and Formula One technology produces cars that are built for speed and handling, dragsters are built for one thing: straight-line speed. As drag racers have used superchargers and ram air intakes to improve the way engines breathe, automakers have adapted the technology for production cars.

Although a few production cars do use superchargers and short ram air intakes, these components tend to be aftermarket parts enthusiasts themselves add to cars. Automakers use the same principals on some production performance cars. You've probably seen cars that look like they have nostrils or openings of various shapes and sizes on their hoods. Those are called hood scoops, and they allow more cold air into the engine compartment. Although they don't force air into the engine as quickly as a supercharger or a ram air system, they do bring more air in to cool the engine and improve performance.

What other engine improvements have come off the track and into your garage? Keep reading to find out.