The 2017 Ford Fusion V6 Sport Will Skip Over Potholes 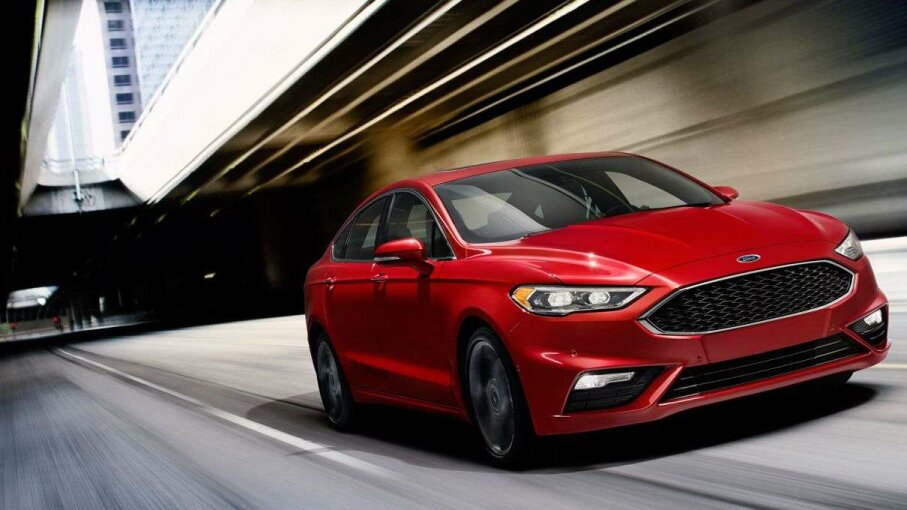 Cobblestones, ruts, washboard roads and potholes. Drivers and automotive engineers have been trying to smooth out rough roads for decades. Ford has taken it to a new level with a suspension system that can soften the blow of potholes by almost avoiding them altogether.

But don't worry. The 2017 Ford Fusion V6 Sport won't attempt to leap over potholes or swerve recklessly around them. It'll simply keep the wheel from falling into the hole. "You know how when you're going downstairs and you forget about the last step?" asks Ford engineer Jason Michener during a phone interview. Michener helped develop Ford's continuously controlled damping (CCD) system. "Your body kind of jolts to counteract that motion to keep you from faceplanting." That's the way the CCD system works — it gives the Fusion reflexes.

It does this using some pretty simple technology, most of which was already incorporated into the vehicle. Surprisingly, that technology does not include cameras, lidar, radar, or any forward-facing sensors. Instead, there's a height sensor at each corner of the vehicle that detects the current position of each wheel, which was something the CCD team added to the vehicle design. The system also uses the sensors that were already in place to monitor driver behavior, including things like steering direction and brake and throttle inputs. It also uses the vehicle body sensors that were part of Ford's roll stability control (RSC) system to detect yaw and roll.

So the CCD algorithm takes in all of this sensor data and decides if a wheel is about to fall into a pothole. If a pothole drop is imminent, the system catches the wheel by changing the damping on the shock absorber for that wheel, which keeps it from going all the way in — just like your reflexes catch you when you're about to fall off of that last step.

It works just as fast as your reflexes, too. Michener says that the whole pothole event, from hitting one to feeling it in the cabin (and possibly bending your car's wheel) to rolling past it, takes about 50 milliseconds. "It's really, really fast," he says. "To do something about a 50 millisecond event, you have to detect it and react to it before it's over. You have to come up with a system that can do that fast enough to matter."

The system detects more than potholes. It can determine the difference between a bump and a hole and then react accordingly. "It's always active, always on, and always trying to compensate for something," Michener says. "For every single road surface you encounter, the module is always optimizing your ride overall."

NOW THAT’S COOL
The 2017 Ford Fusion V6 Sport ended up getting this technology first because the team was having a hard time balancing the company’s durability requirements with the sporty performance they wanted this model to have. Frankly, potholes were wrecking the car’s sport wheels and low-profile tires. So they asked Michener’s team to help them find technology to remedy the situation — something already in the Ford toolbox. They came up with the CCD solution in about a month. "We're getting better at using our own smarts to help ourselves out," Michener says.