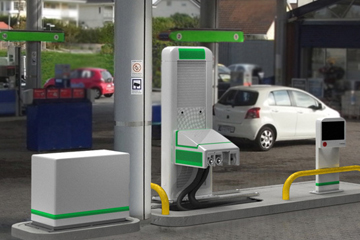 The robotic gas pumps will work with all car models, no matter their shape, size, or gas cap height.
(Courtesy of Fuelmatics)

What do you get when you cross a lazy driver, an industrial robot and a Dalek from "Doctor Who?" The latest addition to our phalanx of robot overlords, that's what! But this robot is a one-trick pony, which keeps it from developing the intelligence required to annihilate every species in the universe, which is what the Daleks are born to do. At least, we hope that's the case.

To get to the point already, this robot does one thing only: It fills your fuel tank faster and better than you ever could, puny human. "People feel that refueling is a boring necessity," said Sten Corfitsen of Fuelmatics, one of the companies working on this robotic refueling technology. In a world where kids these days are bored to tears by even driving, thanks to the availability of information and entertainment on their mobile devices, stopping to put gas in the stupid tank is yet another annoying break in an otherwise seamless day of data parsing. Why not let a Dalek put flammable fuel in your driverless car? What could go wrong? 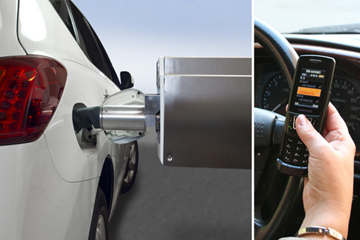 Do we really need robots to do something so simple? 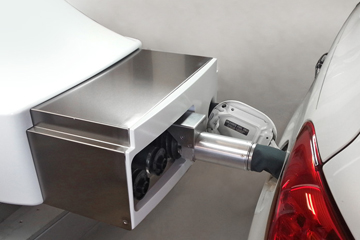 With a robot refilling the tank, you no longer have to get out of your car in foul weather.
(Courtesy of Fuelmatics)

First comes the convenience for the consumer, which is really all you probably care about anyway. With a robot refilling the tank, you don't have to get out of your car in a Polar Vortex. In fact, if you've got an app to pay for your purchase, you don't even have to roll down the window. It's also faster to let the robot do it; it can start the process while it waits for your card to be verified. Corfitsen said Fuelmatics machines start pumping gas into the tank 12 seconds after the credit card is verified. It can even be cleaner; the robots are less likely to be distracted by that guy/girl/dog in an adorable sweater in the car across the way and spill gasoline all over the fender panel. Not to mention the big benefit: It would be way easier for physically disabled drivers to refuel.

There are also conveniences for the gas station operator. There can be three nozzles in one machine, one for gasoline, one for diesel and one for an alternative fuel like natural gas. All the consumer has to do is pick the right one, and each nozzle would be shaped a little differently to minimize mistakes. And if you're building a new gas station, you don't need to build expensive covered islands, since no one is getting out of the car to stand in the rain and pump gas. The robots don't care. It also cuts fueling time, so lines will be shorter because more cars can be serviced more quickly. Fuelmatics intends its robots to be a marketing tool. Corfitsen added, "The intention is that the early user of this will gain more customers by providing a nice refueling experience." And if you're a gas station owner, you know what more customers means. Cha-ching! 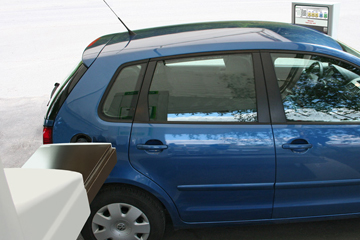