Are hybrids manufactured in a green way? 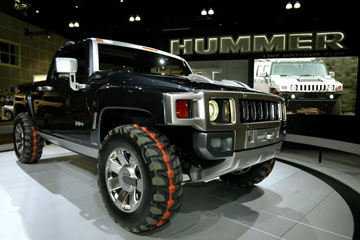 In 2007, marketing research think tank CNW rated all model cars sold in the United States in 2005. Rather than simple miles per gallon ratings, the controversial report considered the energy used by each car, from the concept stage to the junkyard. Previously overlooked details like the energy used to ferry the design engineers to and from work each day, create replacement tires and build car materials were all factored in over each vehicle's lifetime.

The study also considered the energy that went into designing, manufacturing, assembling, transporting, selling, purchasing, driving, maintaining, repairing and ultimately scrapping a car. These energy inputs were quantified as a cost per mile driven over the life of the car, expressed in dollars.

The final results were startling. Behemoths like the Cadillac Escalade, Land Rover and even the Hummer H3 required less energy over their lifetimes than any hybrid vehicle considered. Could it be that a Hummer -- the emblem of scorn among environmentally conscious drivers -- was more eco-friendly than the hybrids themselves?

The results were clear. CNW measured the environmental impact of a Hummer H3 at $1.949 per mile, while impacts for hybrids like the Honda Insight and the Toyota Prius came to $2.94 and $3.25, respectively [source: CNW].

What happened to the hybrids? The study highlighted some factors that make them energy efficient on the consumer end, but have big environmental impacts in the hands of manufacturers. For example, the technology responsible for the electric battery that makes hybrids fuel efficient and helps them emit less greenhouse gases is relatively new. Materials also have to be found and transported. As a result, battery production isn't as streamlined as it would be for the standard internal combustion engine [source: Will].

The low estimated total mileage for the hybrid also hurt. The estimate for total miles over the lifetime of the Insight, for example, was 109,000 miles (175,419 kilometers) -- comparable to other hybrids [source: CNW]. As a result, heavy energy inputs frontloaded into the early life of the car isn't divvied out in a hybrid as it is in the H3, for example, which is expected to get 207,000 miles (333,134 km).

The study also considered the lower lifespan of the hybrids. While parts and mechanics needed to repair standard engines are abundant and relatively cheap, this wasn't the case with hybrid technology in 2005. The authors likened the lifespan of hybrids to those of cheap desktop printers: It makes more sense to simply throw away an old printer and replace it with a new one, since the cost of repair would be as much or more than the cost of replacing it. In CNW's estimation, landfills were piling up with both printers and hybrid car parts -- which could spell disaster for an eco-friendly product like a hybrid. 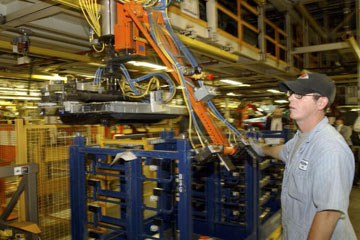 The nickel used to make this battery pack awaiting installation in a Mercury Mariner hybrid was an issue in the CNW study.
Dave Kaup/Getty Images

When the CNW study debuted, a number of prominent scientists came out against it. Some took issue with the expected lifetime miles of the hybrids cited in the study. The Prius was rated at 109,000 miles (175,419 km), while the industry expectation is around 179,000 miles (288,073 km) [source: Koerner]. Others pointed out that the environmental devastation caused by nickel mining (used in hybrid batteries and a point of concern in the CNW study) referred to a now-resolved blight from 30 years before [source: Sierra Club]. The press attention that the study received still led many to wonder just how green these hybrids were. Could they do more harm than good for the environment?

Despite this controversy, hybrid manufacturers explored ways to make the production process more eco-friendly. They began by touting aspects of their manufacturing process that were already green. Companies were quick to point out, for example, that they already have green factories. Ford, maker of the Escape hybrid, uses solar and wind energy to help power its manufacturing plants in Wales and Belgium [source: Ford]. Honda has a green plant in Alabama, and Toyota announced that it installed technology designed to reduce the volatile organic compounds released at its Ontario plant [source: Green Car News].

Delphi, one of the world's largest automotive parts suppliers, has also launched a green initiative. The company says it's using more recyclable materials and cutting out environmentally unfriendly ones. It also received a grant from the U.S. Department of Energy to lower production costs for inverters -- the expensive part of the hybrid powertrain that changes the direct current (DC) in the batteries to an alternating current (AC) for motor use. Lowered costs for a major hybrid part would lead to lower initial costs and would lower part replacement costs, extending the life of the vehicle.

The batteries themselves have also become more eco-friendly. The process for mining the nickel used in the nickel-metal hydride batteries used in hybrids is a nasty one; keeping those batteries out of the landfill may be the best way to reduce the impact of nickel mining. Toyota now offers $200 for its old batteries; around 80 percent of Toyota's nickel batteries are now being recycled and nearly all of the components can be returned to raw material [sources: Green Living, Sierra Club, Koerner].

Manufacturers are also recycling other hybrid parts. Most major auto makers have a recycling program in place that recover and reuse components from their old cars.

Despite doubts about its accuracy, the CNW report managed to create a ripple effect that has helped keep green car manufacturers honest. It's also possible that the debate's now moot: In April 2009, Hummer unveiled their new plug-in hybrid Hummer H3 at an auto show in Detroit.