Chrysler Builds the First Plug-in Hybrid Minivan (You Know You Want It.)

by Kristen Hall-Geisler Feb 5, 2016
The all-new 2017 Chrysler Pacifica Hybrid. You can think of it as a fuel-efficient living room on wheels. Fiat Chrysler Automobiles - North America

The all-new 2017 Chrysler Pacifica minivan made its debut at the Detroit auto show and then made an appearance at the Portland auto show, leaving mouths agape and jaws dropped. Um, it's a minivan, you're thinking. How interesting could it possibly be?

The system uses a 3.6-liter V-6 Atkinson combustion engine and a 16-kilowatt-hour (kWh) lithium-ion battery pack for a total estimated 248-horsepower, which is plenty to haul around a minivan full of kids and stuff. But it's not just a regular-old hybrid; it's a plug-in hybrid. The batteries can be recharged in about two hours at a 240-volt outlet, and when they reach a low threshold, the Pacifica's powertrain does then adjust to become a regular-old hybrid.

Chrysler's research showed that minivan drivers only drive an average of about 30 miles (48.3 kilometers) a day, mostly short trips and mostly in town. It's no coincidence that the PHEV version of the Pacifica can cover that distance on battery power alone. But minivan owners also tend to take longer trips during school breaks and on weekends, so the combined electric-gasoline hybrid has a range of 535 miles (861 kilometers). Owners also want maximum space, so even the PHEV version of the Pacifica can haul seven passengers (the non-hybrid version can hold up to eight). “We want it to be a good alternative for people who want both fuel efficiency and cargo room,” said Patrick Keitz, Pacifica brand manager at Fiat Chrysler Automobiles (FCA), in a phone interview.

The whole point of a minivan is to have as much space as possible for as many people and their things as possible, so engineers tucked the battery pack away in the floor. Specifically, they used the space that in the conventional Pacifica would store its proprietary Stow ‘n' Go seats. Rather than folding the seats into those compartments, there are batteries in there. So you can't fold the seats away and gain more cargo space at the touch of a button, but you can still remove the seats if you need the space. There are trade-offs when you're driving the minivan of the future.

“Fuel economy is not the number-one criteria people have in a minivan (that's cargo and passenger space), but it's one of the top things people think about,” said Keitz. So, since Chrysler had the technology, they figured they'd put it in a minivan and test it out in the marketplace. “We want it to be successful. We're going to measure this, since it could be not only a halo vehicle for minivans or Chrysler, but also for the entire company. The success of the Pacifica PHEV can speak to what we can do in the future.”

NOW THAT'S COOL
“Our research found that people who want electrification don't want it to be too different,” said Keitz. The PHEV looks just like the gasoline Pacifica, and all of FCA's cool Uconnect technology is available for the PHEV, too. There are a few little things to signal the Pacifica PHEV’s greener-than-thou status, though, like leaf-shaped “e” badges, exclusive wheels and a cool ice-blue interior theme.

This Salad Brought to You by Robots

Peering Into the Heart of the James Webb Space Telescope 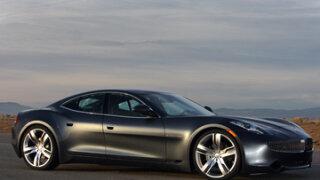 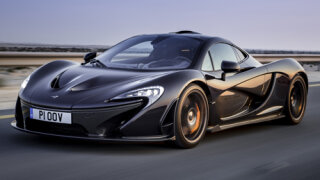 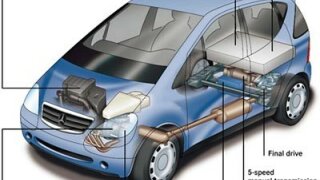 How does a hybrid car work?