How do I know my car is getting its best mpg? 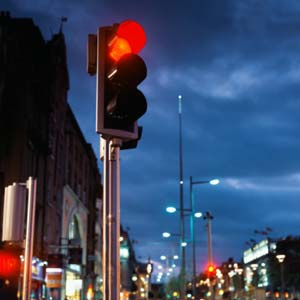 Idling during a long traffic light can really kill a car's chances of getting optimum fuel efficiency.
Stockbyte/Stockbyte/Getty Images

The American addiction to automobiles is legendary. In July 2009 alone, the country logged an estimated 263.4 billion vehicle miles, up by about 5.8 billion from July 2008 [source: U.S. Department of Transportation]. Of course, that was down from July 2007 -- the top-ranked July driving month to date in U.S. history -- when odometers around the country clocked an estimated 267 billion vehicle miles.

Unfortunately, those countless hours spent trapped behind the wheel of a car often took place under less-than-ideal conditions. That's because about 168 billion of them were spent driving on urban roads and streets. Seeing as how most big-city dwellers can wax eloquently on their particular locale's traffic woes, it's no surprise that many also obsess over their car's gas mileage. So the question is -- how can drivers determine whether their car is performing at its peak, or petering away their hard-earned cash on wasted gas?

Apart from obvious gas-saving tactics like driving less, using public transportation, carpooling, buying a more efficient vehicle, keeping the car and tires in top condition, and combining multiple errands into single trips, the main way you secure good gas mileage is by driving smartly. This includes accelerating and braking at a gentler pace, keeping your speed in check and avoiding time spent idling at traffic lights or on congested highways. It's also a good idea to shut off the engine if you're going to be stationary for more than a minute or so; the old idea that you burn lots of gas restarting the car doesn't apply to modern vehicles. And sure, it's smart to keep a few emergency supplies in the trunk, but don't carry more weight than you have to -- especially on the roof of the vehicle, which increases drag.

There's also an ongoing debate over whether it's best to open the windows or crank the air conditioner. The latter takes fuel, but the former ups the aerodynamic drag on the vehicle (especially at higher speeds), so both make the engine work harder and decrease fuel economy. While experts vary as to whether the choice makes much of a difference, the general recommendation is to open the windows while driving at slower speeds, then turn on the AC at higher ones [source: Motavalli]. It's also a good idea to drive in the highest gear possible and use cruise control to maintain a steady highway speed.

If you follow all these tips, you can rest easy knowing your car is probably getting the best fuel efficiency possible. For more resources on vehicles, traffic troubles and innovative ideas, cruise through the links on the next page.

Top 10 Reasons Your Car Is Vibrating
Top 5 Signs of Engine Trouble
How do I know if my car is airtight?