Browse the article 5 Signs Your Engine Is Losing Power 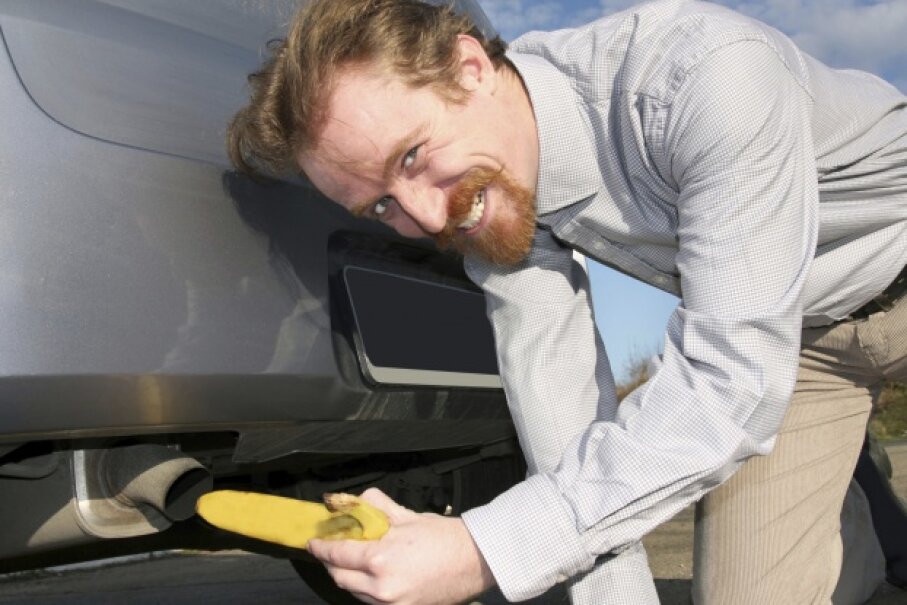 Not funny, dude. Not funny at all. iStockphoto/Thinkstock

Do you have the sinking feeling that the horses under your hood have turned into ponies? Does your four-banger feel more like a three-and-a-half-banger these days? If so, you might have a power problem.

Back when carburetors were king and fuel pumps were mechanical, power loss usually came down to vapor lock or a clogged fuel filter [source: Goms]. Today's intricate fuel systems have largely conquered the former if not the latter. Even so, all that complexity brings with it a slew of potential failure points. The same goes for the car's air intake and exhaust systems, particularly since catalytic converters became standard equipment in the late 1970s [source: Newman].

In many ways, though, the old rules still apply. Like your own body, every car needs fuel to burn and air to breathe. Your vehicle doesn't like running in high altitudes with a potato crammed up its tailpipe any more than you would (but, hey, to each his own).

If only nailing down the causes of power loss were as simple as a tuber in the tailpipe, we wouldn't make such a hash out of diagnosing them. But identifying a power problem can try the patience of a saint, and doubly so when the drop in oomph occurs intermittently, virtually guaranteeing that your mechanic won't be able to reproduce it. Thankfully, there are some clear signs to look for. 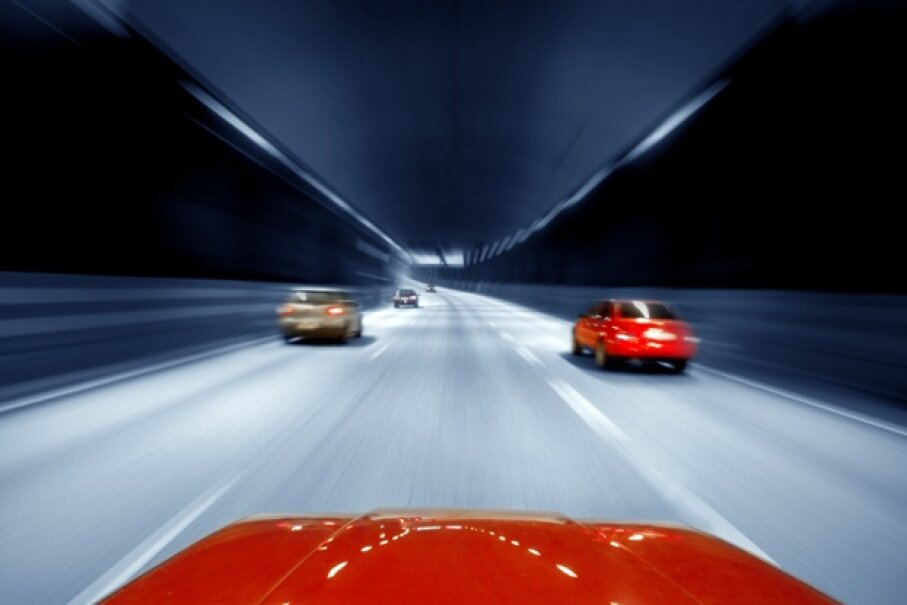 If your foot is pressed to the pedal but you're always eating everyone's dust, you could be staring at a power loss issue courtesy of a fuel system malfunction. Hemera/Thinkstock

If your car loses power when you put the pedal to the metal, odds are good that a fuel system malfunction is preventing your engine from drawing the extra go-juice it needs to accelerate. You could be looking at a clogged injector, leaking fuel line, gummed-up filter or kaput fuel pump [source: Salem].

A fuel injector sprays fuel into the cylinder, where it mixes with air and ignites during compression, generating the explosion that drives the piston. The fuel line is simply a hose or pipe that carries fuel from the tank to the engine. The fuel pump does the pushing, and the filter keeps out impurities.

With the necessary knack and the proper tools, you can replace a fuel line yourself, but other problems might take a bit more effort and equipment. Before 2006, fuel filters were do-it-yourself jobs, but manufacturers are increasingly placing their filters inside of their vehicle's fuel tanks [source: AGCO].

Whatever you decide, remember that fuel punishes those who take it lightly. Make sure you have the right diagnosis, tools and know-how before diving in. 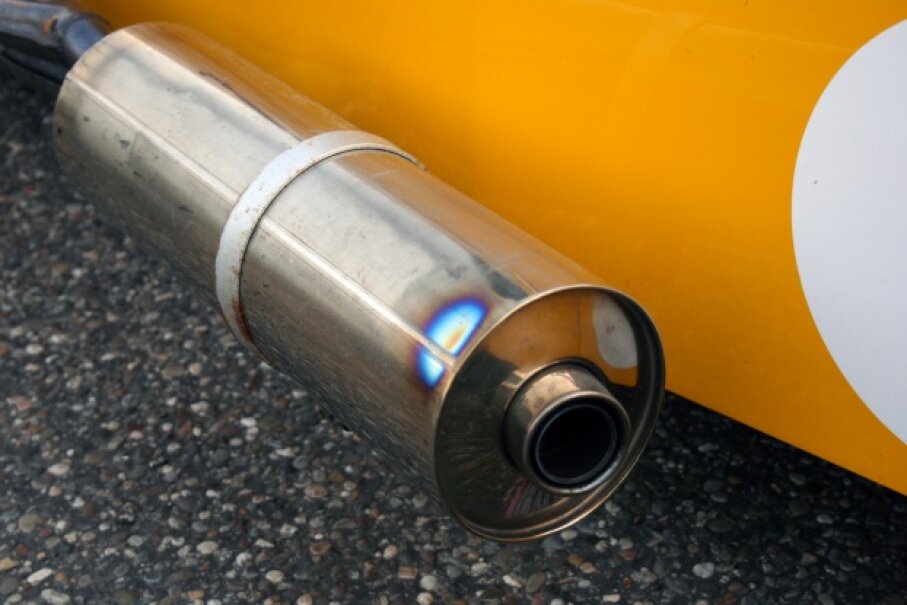 The exhaust on this canary-colored coolness seems just fine. iStockphoto/Thinkstock

A backfiring or smoking exhaust can indicate either too much fuel or too little spark, both of which can bring about power loss. A backfire occurs when the fuel-air mixture does not fully ignite in the combustion chamber, but instead pops off elsewhere in the system. Both fuel-air ratio problems and electrical issues can trigger firing foul-ups [sources: Bosch; Salem].

Spark plugs covered with engine oil, ash or other deposits will misfire, as will plugs with partially melted electrodes. Black smoke from your tailpipe might point to spark problems, which can damage your engine, so check them as soon as possible [sources: Bosch; Salem].

Black smoke could also mean that your fuel-air mixture is too gasoline-rich. Time for an adjustment. And if you pop the hood and your engine reeks excessively of eau de Esso, do not try to start it. It's time for a tow [sources: Salem; Sclar].

Conversely, backfiring without black smoke could indicate too little fuel in the mix [source: Salem]. We'll discuss that, too. 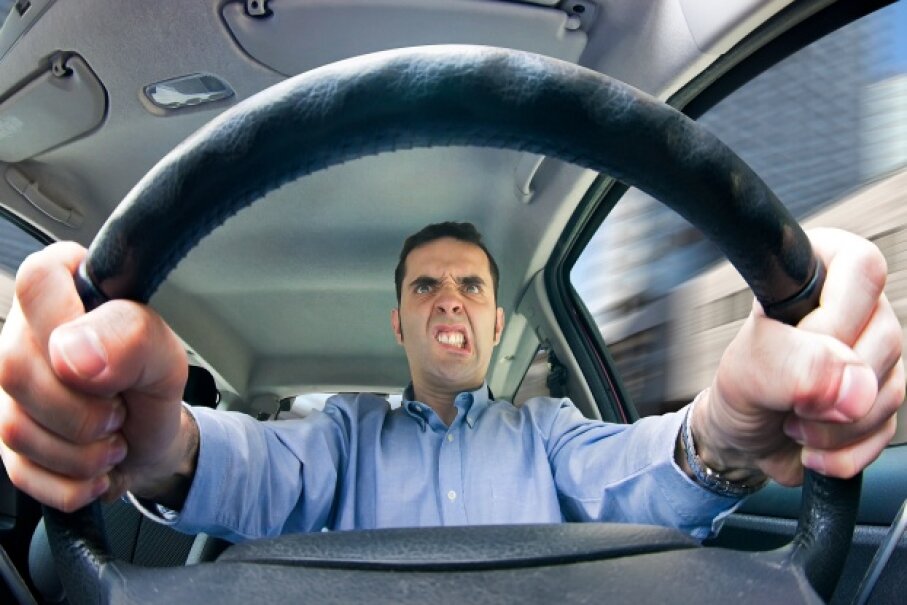 You can white-knuckle that steering wheel all you want, but if it's shaking like crazy, you may want to get your ride checked out. iStockphoto/Thinkstock

While idling at a stop light, does your engine tremble harder than a San Andreas paint mixer? Does it send tremors through the steering wheel or into the rest of the vehicle, resulting in a noticeable loss of power? If so, misfiring cylinders could be to blame -- again [sources: B&B; O'Reilly].

If a misfire is your culprit, other signs will soon present themselves. These might include trouble starting, stalling during idle (especially if accessories like the air conditioning, headlights and/or defroster are running) and bad gas mileage. The hydrocarbons choking your exhaust could also botch your annual emissions test [sources: B&B; O'Reilly].

Engines typically misfire for three reasons: spark loss, lost compression or a way-out-of-whack air-to-fuel ratio. Bad spark plugs, fouled-up plug wires or a cracked distributor cap can cause spark loss, while compression loss -- in which too much of the air-fuel mixture flees a cylinder before going bang -- commonly arises from a leaky exhaust valve or a blown head gasket [sources: B&B; O'Reilly].

An air-fuel mix that is too thin to burn could mean a gunked-up fuel injector, an air leak, a weak fuel pump, a choked-off filter or a compromised pressure regulator. It's also possible, though less common, for the mix to be too rich (which we mentioned before), but this will tend to affect all the cylinders, not just one [sources: B&B; O'Reilly].

A diagnostic scanner can pick out the misbehaving cylinder, but that's just the first step in figuring out what's wrong [source: O'Reilly]. Once you've narrowed down the problem, decide if it's something you feel comfortable tackling yourself. 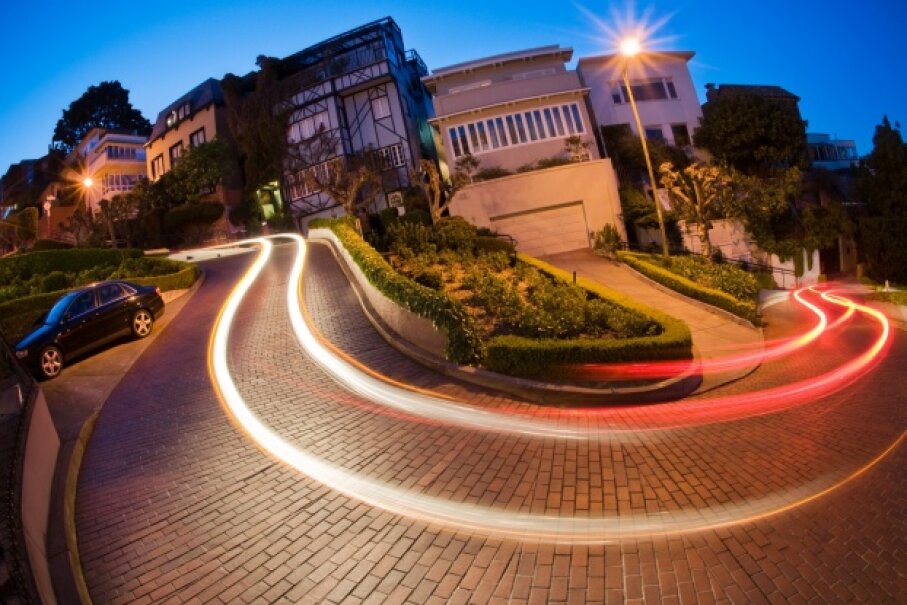 San Francisco's Lombard Street at dusk is beautiful (and crooked and steep). It could also be rather problematic for cars with less than optimal power. iStockphoto/Thinkstock

Does your vehicle cut out or struggle up an incline? Such behavior often signifies a clogged fuel filter. As the filter eliminates gunk from your fuel, it grows gradually dirty, and the fuel pump must work harder to shove fuel through it. In high-demand circumstances, such as driving up a hill or putting the hammer down, it might not be able to deliver enough gas to get the job done. Get your car checked out with a fuel pressure test or digital scope [sources: AGCO; Big O].

Don't just replace the filter -- take a closer look at what's blocking it up, just in case the clog is a symptom of another issue, such as fuel contamination or a buildup of rust in the tank [source: AGCO].

Hey, Look at All the Pretty Lights ... 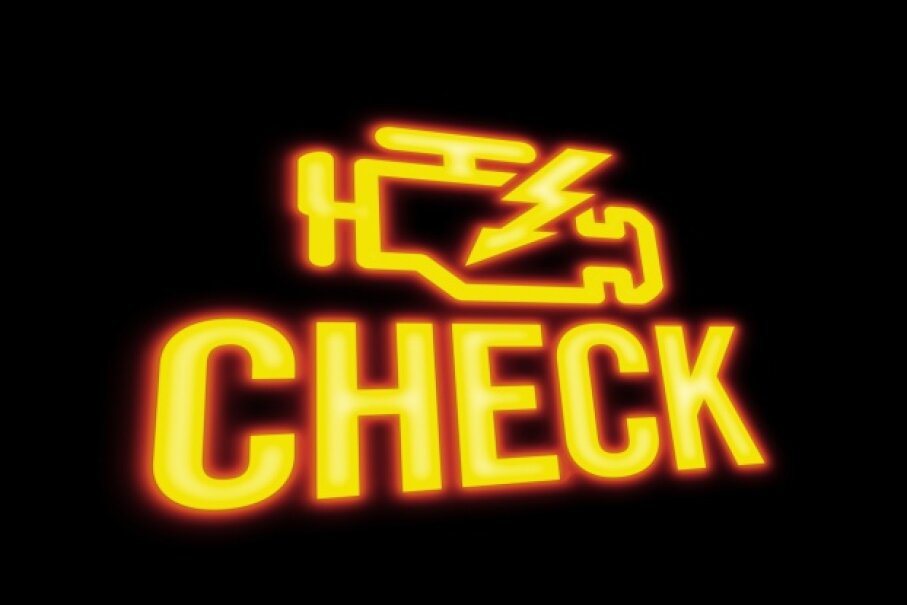 That ominous light could be pointing to a power loss problem. Hemera/Thinkstock

A number of the power loss-related problems we just listed will cause your malfunction indicator lamp, aka the check engine light, to switch on. Heed it. Many of the issues it detects relate to power loss -- including problems with the catalytic converter, the mass airflow sensor, the O2 sensor or the spark plug wires. More important, small problems often hint at larger ones [sources: Consumer Reports; Reed].

In addition to the glitches already cited, your car's MIL could point to a bad positive crankcase ventilation valve. The PCV valve is part of your emissions control system. When it sticks open, too much air pours into your engine; when contaminants gum it up, your engine suffocates. Fortunately, the valve is fairly easy to clean or replace [source: Sclar].

If you're working on a 1996 model vehicle or later, you can buy a cheap trouble code reader that will tell you what the MIL means, possibly saving you a trip to the mechanic -- or at least arming you with more data before you haul in your vehicle [sources: Consumer Reports; Reed].

Lastly, if none of these five signs are occurring for you but you're certain you're losing power, check your catalytic converter. Although most converters are designed to last a vehicle's lifetime, they can eventually fail or plug up, suffocating the engine by preventing fouled air from being expelled through the exhaust [sources: Salem; Sclar].

Power loss in a car is a dismal experience. For the sentimental, it feels like a trusty horse or boon companion is knocking at death's door; for everyone else, it produces a pang in the pocketbook -- at least until it's diagnosed.

That's the thing about power loss: It could point to some minor, easily fixed issue, or it could stem from a real whopper of a problem. Hopefully, the information in this article will help you separate one from the other.