What is the actual cost of auto insurance?

Browse the article What is the actual cost of auto insurance? 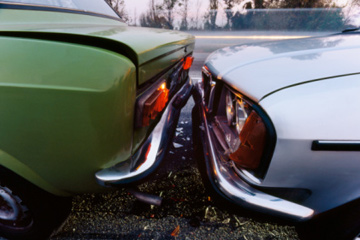 Someone once said that worry is interest paid on a loan that never comes due. Auto insurance can feel that way, too. Every month, we owe our insurers money whether or not we have need of their services. Worse, should something unfortunate occur, our rates will likely jump up. It's a bitter pill to swallow, but it might go down a trifle easier if we had a clearer picture of just how those premiums are calculated.

Fundamentally, insurance is a set of wagers laid by insurance companies using their clients' pooled money. Like a Las Vegas casino, insurance companies never stand much of a chance of losing across the board, since they have piles of actuarial tables that lay out the odds and because they hedge their bets by raising or lowering our premiums according to their exposure, the risk that they'll have to pay -- and how much. We can also pony-up some extra cash to increase our coverage if we're feeling fairly flush or risk-averse.

Some limited oversight exists to monitor these rates. Most states require regulators to sign off on personal automobile rates before they go into effect, and medical benefits and payments are subject to certain caps. No such requirements exist regarding the cost to repair a vehicle, however. Insurance companies maintain a profit margin of around 5 percent, with 68 percent of premiums applied toward paying claims, 25 percent spent on overhead and 2 percent set aside for taxes [source: Insurance Information Institute].

The average annual cost of auto insurance coverage in the United States varies depending on how you measure it. The actual average nationwide wide expenditure in 2007 was $795, ranging from $511.79 in North Dakota to $1,139.82 in the District of Columbia. On the other hand, if consumers had purchased all three types of coverage (liability, comprehensive and collision, as discussed on the next page), then the average would have been around $912. Iowans would have paid the least, at $620.08, while District of Columbia residents would have shelled out more than double that amount, at $1,288.52 [source: National Association of Insurance Commissioners].

So that's what you're putting on the line, but what do you get for your money? That varies by state, insurance company and a bunch of other factors we'll break down in the next section.

Most states, but not all, have a compulsory auto insurance law. The minimum required liability coverage levels vary, however, as do the mandatory policy benefits. Insurance in some states is governed by tort laws, in which the party found to be at fault pays the victim's medical expenses and damages (lost wages, pain and suffering and so on), while in other states, no-fault laws hold sway. There, all parties file claims and are generally compensated without requiring a fault determination. Although this largely removes the need for potentially long and costly court battles to determine fault, it also generally limits the ability of the involved parties to sue for damages. Currently, Puerto Rico and 12 states have no-fault auto insurance laws: Florida, Hawaii, Kansas, Kentucky, Massachusetts, Michigan, Minnesota, New Jersey, New York, North Dakota, Pennsylvania and Utah.

Now let's break down the various kinds of available coverage:

Liability helps shield you from the financial burden of compensating others involved in a collision for their bodily injury or property damages. In tort law states, if you're found to be at fault, all of these expenses -- including medical expenses, funeral costs, pain and suffering, lost wages, repair costs and legal costs -- could otherwise come out of your pocket. Most states require a specific level of liability insurance. The average liability premium in 2007 was $475.43, ranging from $251.07 in North Dakota to $718.71 in Florida [source: National Association of Insurance Commissioners].

Collision coverage, as the name implies, pays for repairs to your vehicle caused by collision with another vehicle or object. If the damage is severe enough, it may also shell out for a replacement vehicle. Although not legally required, a lender will usually oblige you to carry collision insurance for the duration of your car loan. The average collision premium in 2007 was $300.50, ranging from $184.72 in North Dakota to $439.98 in the District of Columbia. Collision coverage value is limited by the market price of your car at the time of the accident [source: National Association of Insurance Commissioners].

Comprehensive, coverage, also known as OTC (Other Than Collision), pays you for loss or damage caused by something other than an accident, such as a natural disaster, theft or vandalism. Like collision, OTC is usually not legally required, but will likely be a condition of your loan agreement. The average comprehensive premium in 2007 was $135.90, ranging from $97.23 in Oregon to $265.85 in the District of Columbia. Comprehensive deductibles typically range from $50 to $500 [source: National Association of Insurance Commissioners].

Underinsured/Uninsured Motoristcoverage helps pay your medical and repair/replacement costs when another party is at fault for the accident but lacks adequate insurance coverage. It's generally cheaper than other types of coverage with the same payout value.

Medical helps cover medical treatment for accident-related injuries, regardless of fault. In some cases, it also covers other family members when they drive the insured car.

Personal Injury Protection (PIP)pays you back for a certain amount of lost income, child care expenses and medical expenses if you're hurt in an accident. PIP provides coverage for items that you might not generally budget for and that might not be covered by medical insurance. In no-fault states, people often buy PIP to pay for medical bills. Unfortunately, dishonest doctors and clinics sometimes abuse and defraud PIP systems, billing for unnecessary and expensive procedures, which drives up coverage costs [source: Insurance Information Institute].

These are only the most common types of coverage. You can also purchase policies to cover towing, roadside assistance, the cost of a car rental while your ride languishes in the shop after an accident or to protect your sound system and other in-car valuables against theft or damage.

For more information about the cost of car ownership, follow the links on the next page.

Your coverage limit and deductable significantly affect your premiums and potential payout.

Your coverage limit is your ceiling, the highest amount your insurer will pay for a qualifying event such as an accident. A higher limit means a higher possible payout -- and higher insurance premiums.

Your deductible is the amount you must contribute to repairs before insurance kicks in. For example, if you have $2,000 in damage, but a $500 deductible, the insurance company will pay you $1,500. Carrying a higher deductible will make your policy less expensive.