Is a tracking and recovery system for your car worth the cost?

Browse the article Is a tracking and recovery system for your car worth the cost? 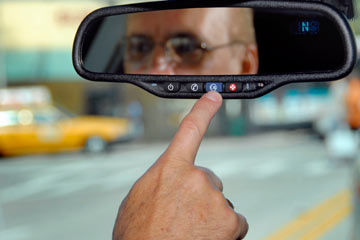 Image Gallery: Car Gadgets OnStar's got a lot more to offer than most tracking systems because its GPS option is just a small part of the package. See more pictures of car gadgets.
General Motors

Almost 800,000 cars were stolen in the United States in 2009. Sound like a lot? It's actually the lowest annual total of stolen vehicles in more than 20 years [source: NICB]. Despite the recent downward trend in car thefts, 800,000 is still a whole lot of cars. Though urban areas typically face more crime, you should think about car security no matter where you live. But where do you start?

Car security encompasses a broad range of systems and services. Some are affordable, and others are pricey. Car security methodology differs greatly between devices. For instance, GPS trackers are about locating and recovering a vehicle after it's been stolen, but immobilizers are designed to shut down a car's engine and make it very difficult to steal or transport. If you've previously avoided car security because the expense seemed daunting, now's the perfect time to learn more about the tracking and recovery systems on the market. In addition to making your car more secure, a tracking system could actually save you on your car insurance premiums. Keeping your car safe and saving money every month? Not a bad deal.

Of course, cheaper insurance payments may not feel like a worthy trade in the face of an expensive security system. But they're not all priced to break the bank. While some top-of-the-line tracking and recovery systems deliver amazing features at hefty prices, more basic systems hit a price point most of us can afford. Let's start there. 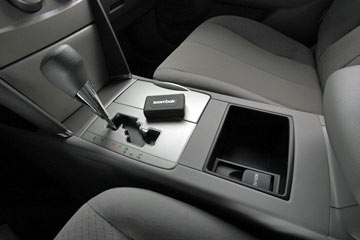 If you're currently shopping for a car, buying a tracking and recovery system for your new ride may be completely unnecessary. Some cars come with them pre-installed. The most well-known example is OnStar, an on-board guidance and security system installed in more than 30 General Motors models. OnStar's got a lot more to offer than most tracking systems because its GPS option is just a small part of the package. Add in the hands-free calling, emergency assistance and remote vehicle shutdown, and OnStar can do plenty. And GM isn't the only car manufacturer with a helpful car system; BMW's Assist service offers similar options in some 2007 and later vehicles [source: BMW USA]. Both charge $199 a year to keep their services up and running.

But most of us checking out security systems probably already own a car. So, are there any aftermarket tracking systems worth looking into? Actually, yes. But because tracking and recovery systems rely on GPS and/or cellular technology to pinpoint stolen vehicles, they will come with annual service fees just like OnStar and BMW Assist. However, one affordable GPS tracking unit, Zoombak, sells for just $100 and comes with an annual service fee of about $150. Or, the company offers a $400 lifetime plan -- not a bad deal if you use it for a decade [source: Zoombak]. Zoombak is purely a tracking system, so don't expect the advanced features of OnStar like hands-free calling and emergency assistance as part of the service. Nevertheless, it did win the award for 2010's Best Aftermarket Telematic device [source: Telematics Update].

CarShield is another affordable system compared to some of the high-end security options out there: A $160 annual fee offers you assistance services like OnStar, and a $349 device for your car provides tracking and the ability to access all sorts of vehicle diagnostic information. That might sound expensive, but one of the most famous tracking systems -- LoJack -- will cost you a whole lot more. That's not to say all that cash goes to waste -- LoJack has some unique benefits less expensive security systems can't match. We'll talk about LoJack next.

The primary benefit of LoJack's tracking device is the company's longstanding relationship with local police. The LoJack homing device installed in a car is tied to the vehicle identification number (VIN), so when a car is reported stolen and the VIN is entered into the state police crime computer, that automatically triggers the LoJack Unit in the vehicle [source: LoJack].

The brand reputation is strong -- LoJack stands behind a 90 percent recovery rate and most vehicles are returned within 24 hours. The majority of tracking systems use GPS to spot a car, which won't always work. An underground parking deck, for instance, can cut off the signal. Because LoJack tracks a radio frequency, so hiding a car isn't so simple [source: LoJack]. But at $695, LoJack is pricey, and only works in parts of the United States where police are on board with the tracking and recovery process.

Before buying a LoJack -- or any tracking system -- the most important thing to consider is the car itself. Are you driving an older mid-range Toyota or Ford? If so, you probably don't want to spend $700 installing a comprehensive tracking system when there are less expensive methods to ward off crooks. On the other hand, if you're cruising around the city in a brand new Mercedes, a recovery system probably sounds mighty nice. Do the math: Understand how much losing that car could potentially cost you, then factor in the price of a security system and the insurance benefits of having of an on-board tracking device.