What are tire treads made out of? 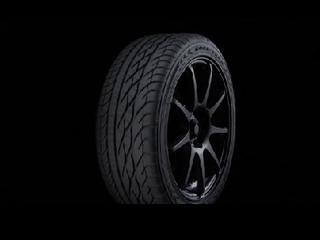 Nowadays, most tires are manufactured with radial construction. Besides the “R” symbol on the tire that designates radial construction, there’s a separate note that indicates the number of plies that make up the tread. Tires on passenger cars are graded in such categories as tread wear, traction and temperature. A tire’s tread-wear score is arrived at by testing it in controlled conditions. A higher tread wear number means that a tread will probably last for a longer period of time than one that has a lower number. The Rubber Manufacturers Association (RMA) also has a grading system in place, which is meant for tires that are specifically designated for use in mud or snow. For a tire to obtain a Mud and Snow designation from the RMA, certain requirements must be met.

For example, new tire treads must come with multiple slots or pockets that appear in a minimum of one tread edge. Furthermore, the RMA requires that the contact surface void area of any new tire tread be based on at least 25 percent of mold dimensions. In other words, a tire must contain a row of big grooves, which begin at the tread’s edge and continue toward the tire’s center. These grooves must cover at least a quarter of the tire’s surface area. The idea behind this requirement is to ensure that a tire’s tread pattern has sufficient void space to cut through snow, which will enable it to gain traction. The Rubber Manufacturers Association, along with the tire industry, developed a standard for testing based on the association’s requirements. Tires that pass the test are given the “Severe Snow Use” designation. This designation has its own icon, which is located next to the M/S (mud/snow) designation.

Why is it so hard to start a car in the winter?
How Stock Car Painting Works
U-Bet 2: A Chopper Profile