Browse the article Dr. Auto: Your Future Car May Save Your Life Someday 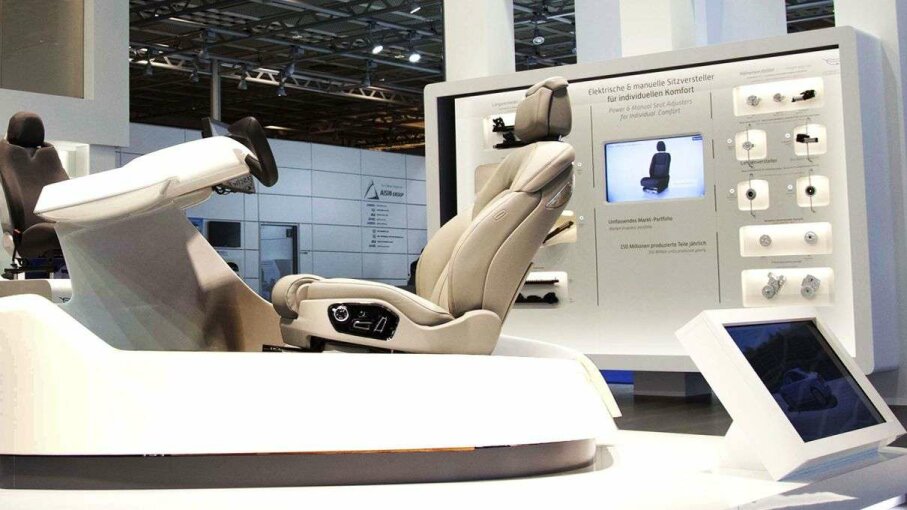 Faurecias Active Wellness TM seat will detect the drivers drowsiness or stress and then take countermeasures to relieve those conditions. Faurecia

Driverless cars. Autonomous automobiles. Self-driving vehicles. The way we use cars is going to change significantly over the next 10 years. Granted, you may not be able to take a nap on the way home from work in your daily-driver in that 10-year timeframe, but cars will likely be able to handle some of the more mundane tasks of the road, like crawling along in rush-hour traffic, without any input from us humans.

But cars and humans won't be able to ignore each other completely. In an emergency situation, you'll still need to be capable of taking control, and your car will need to know that you can safely assume the responsibility.

Mercedes-Benz introduced an early version of this concept in 2009 with its Attention Assist system. When a person gets into a Mercedes with Attention Assist, the vehicle's sensors take in data on 70 different variables, such as how quickly you move the steering wheel or how gently you press the gas pedal. At highway speeds, the system continually compares how you're driving now compared to when you were fresh and first in the driver's seat. If it senses that your reaction time's slowing, a little coffee cup symbol appears in the dash display, along with an audible alert, indicating that it's time to pull over and take a break.

That system is still part of Mercedes-Benz's safety suite, but other companies are increasing the capabilities the cars of the future will have in sensing a driver's state of being. Faurecia, for instance, brought its Active Wellness TM seat to the 2015 Connected Car Expo in Los Angeles, California. As soon as you sit in the seat, sensors detect your breathing, your heart rate and other body metrics. If it determines via these metrics that you're stressed, the seat will blow cool air through its ventilation system while massaging you.

Faurecia notes that having all of this sensor-acquired data available really doesn't do much good on its own. The car needs to be able to react to that data and assist the driver — or even take complete control if the seat detects a medical emergency.

The sensors used to detect a driver's physical or mental state are tinier and more sophisticated than ever. Osram Opto Semiconductors, a manufacturer of optoelectronic semiconductors, uses infrared LEDs (IREDs) to detect everything from a driver's blink rate and viewing direction to heart rate. These sensors can be fitted into a steering wheel to detect — through the driver's fingers — the way blood moves through the body. It's a signature as unique as a fingerprint. They can also be used to scan the driver's iris as a form of ID, a technology already being used by a manufacturer in Japan to unlock smartphones. And if any of Osram's sensors detect that you're too drunk to drive, it'll just disable the vehicle.

NOW THAT’S COOL
There are sensors everywhere, from the ABS system we all know and love to the iris scanner of the future. However, getting all of these cameras, radar, lidar and infrared sensors to cooperate is tough. There are companies, like QNX, that make it possible for all of these sensors to work together. So, for instance, if the car senses that it’s drifting and the heart rate monitor senses something is amiss, the sensors will gather that information, analyze it and determine that you’re having a heart attack. The car can take control and guide you to the side of the road safely — and probably even call for help on the way.