The Trouble With Car Sharing

Browse the article The Trouble With Car Sharing 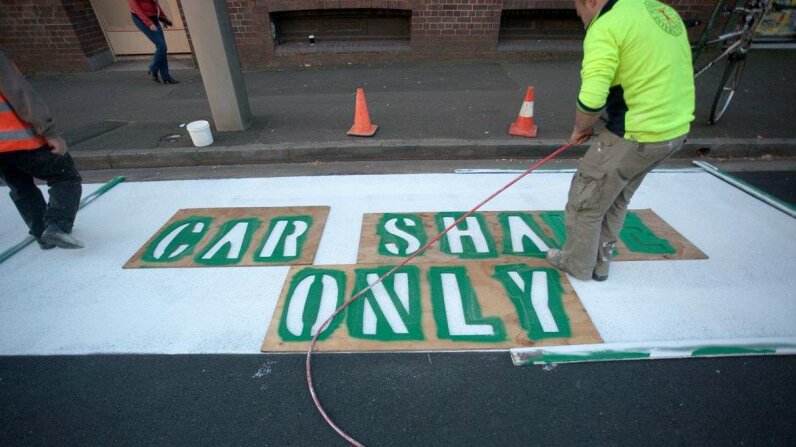 If you live in the city, you probably know that car sharing has its advantages. But what are the downsides? ARUNAS KLUPSAS/Photolibrary/Getty Images

It's easy to list the advantages of car sharing in the city. The gas, insurance and maintenance are all taken care of, and you don't have to worry about paying for monthly parking in the garage under your eco-friendly renovated vintage apartment building. You get a car when you need it, and only when you need it.

Zipcar, as one example, lets you micro-rent a variety of vehicles with your membership, from compact two-doors to SUVs and pickup trucks. Another car sharing service, car2go, gives all its members access to its fleet of smart fortwo cars.

If you haven't tried car sharing yourself, you might expect the downsides to be the same as sharing a car with your spouse or teenager: The gas tank always seems to be empty, the battery is dead — what's that ding in the rear fender?

As it turns out, those things don't come up so often with car share services. Car2go vehicles make sure to remind you to turn off the lights when you park, says user Vinnie Kinsella via email. He's also never had a vehicle break down on his watch. “They're pretty good about monitoring their vehicles and making sure people report problems when they arise,” he says.

But he's been stranded — twice — when the company's servers were down. He's also used the car2go app to locate a vehicle nearby, only to find an empty parking space when he got there. “That's incredibly frustrating,” he says. So it's not the car that breaks down — it's the service's technology.

Mel Wells, a fellow car sharing veteran who now owns her own car, agrees with Kinsella. “I never experienced trouble with the cars themselves so much as the networks,” she says in an email. Users have a card that unlocks the car for them, and sometimes that card can't get a signal to the satellite.

Dacyl Armendariz, external communications manager at car2go, points out in a phone interview that like many car sharing companies, car2go is more a brand-new kind of tech-based business than a car business. “We're babies,” she says, “and we're writing this story as we go.”

Armendariz says the company makes sure to acknowledge when users like Wells and Kinsella have issues, and it works with its tech team to address these things as they come up. The trouble Wells had with the card, for example, can now be avoided by using an app on the user's phone instead. Car2go updates its app based on user feedback, much of which comes through its new Twitter account.

And if you're wondering how a fleet of cars spread across a city can be in better shape than your own two-car fleet, Armendariz has an answer. There's a team of people out on the streets constantly monitoring car2go's smart cars, checking the fuel levels, cleaning out the interiors, and even changing tires on-the-fly if needed.

NOW THAT’S COOL
Think of all the time your car spends sitting in your driveway or parked in a garage. Now think of renting it out while you’re not using it. That’s the idea behind peer-to-peer car sharing services like Getaround or RelayRides. You can let strangers borrow your car for a fee, and the sharing service picks up the insurance tab while your car is out earning money.