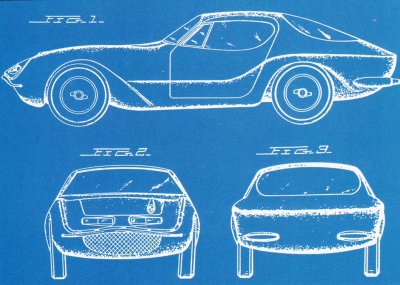 Loewy wore a medium mustache and, according to Life Magazine, changed clothes "at least three times a day." His typical business attire consisted of a double-breasted sky-grey suit, salmon-pink shirt, and silvered tie.

Loewy always spoke in muted, French-accented tones (some felt he enriched his accent at will), and could present different personalities in different situations. Some thought him timid, yet he could hold a group spellbound when the occasion demanded.

At 56, "Lucky Ramon" divorced his wife of 14 years and married a former model half his age. The couple maintained no fewer than six homes: apartments in New York and Paris; houses in Mexico and Palm Springs, California; a red-tiled villa overlooking the Cote dAzur at Saint-Tropez; and a 16th-century chateau near Paris.

The Palm Springs residence featured a large indoor/outdoor pool that entered the living room under a glass wall. When a guest accidentally fell in during one particular party, Loewy jumped in after him fully clothed, not to effect a rescue but simply to neutralize any social embarrassment.

Such was the man to whom new S-P President Sherwood Egbert turned in 1961. In February of that year, Harold Churchill stepped aside as the corporation's president, replaced by the energetic 40-year-old Egbert.

Egbert came from McCulloch Corporation in California, makers of superchargers and chainsaws. An avid pilot as well as a car buff, he was a breath of fresh air in South Bend: young, eager, charismatic.

Soon after he arrived, Egbert was shown full-sized fiberglass models of Studebaker's 1962 passenger cars. Due to poor lamination and a hot Indiana summer, the mock-ups had warped, making it difficult for him to read what his designers had in mind.

Recalling Loewy's prior achievements, Egbert phoned the designer and asked him to fly to South Bend to render his verdict. Loewy came in from New York with his assistant, John W. Ebstein. They looked at the mockups and told Egbert to forget them. Warped or not, the designs just wouldn't sell.

Egbert took Loewy to dinner that evening, saying that what Studebaker really needed was a new sport coupe, something more sophisticated than the Hawk (which hadn't changed much since 1956), a car to lure younger buyers into Studebaker showrooms.

Loewy concurred, and assured Egbert that he could design just such a car. Indeed, he had already created half a dozen personal-luxury coupes for his own use. A contract was drawn up and everything seemed set. The one problem was time. Because Egbert wanted the new car for 1963, he needed a finished design and scale model in just 40 days.

To learn about the development of the Studebaker Avanti, go on to the next page.