Introduced at the 2008 Detroit Auto Show, the Saturn Flextreme Concept is actually two concept vehicles in one. Co-developed with General Motor's European arm, the same vehicle was shown at the 2007 Frankfort Auto Show wearing Opel badges. 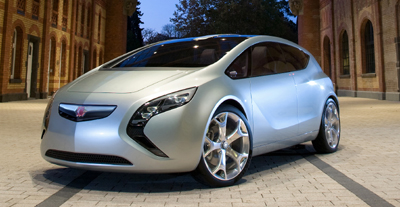 E-Flex uses an electric motor powered by a lithium-ion battery, supplemented by an auxiliary power source, which can be a gasoline or diesel internal combustion engine or a hydrogen fuel cell. The system is designed to provide up to 40 miles of driving solely on battery power. 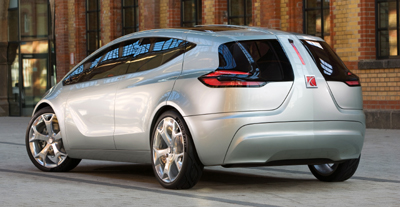 Saturn claims Flextreme has a driving range of 444 miles from a single tank of diesel fuel. According to Saturn, most Americans commute between work and home in less than 40 miles, making it theoretically possible for some drivers to rarely or never engage the diesel engine.

Like GM's other E-Flex concept vehicles (Chevy Volt and Cadillac PROVOQ), production readiness hinges on the advancement of lithium-ion battery technology, needed in order to make the hybrid system practical and affordable. If all goes well, E-Flex vehicles could reach consumers' hands in the early part of the next decade, well before stringent fuel economy regulations go into effect in 2020.