The 250-cc Honda Rebel chopper is not one of the big V-twin motorcycles that John Lewis, builder of X-Treme Cycle, specializes in building. His wife Jeanne wanted a bike of her own, so he decided to build something smaller.

That's how the Honda Rebel was born, but of course, the chopper didn't offer the right look. Some customizing was in order, and this bike received a basketful.

For starters, the Rebel's stock frame was modified with a longer swingarm, which was fixed in place with a solid link. That converted it to a hardtail frame with a lower profile and seat height.

A short, sculpted rear fender replaced the original on the Rebel, and the standard fuel tank was tossed in favor of a hand-formed "coffin" tank. A custom seat rides over a fat 16-inch rear wheel and tire that replaced the skinny stockers.

Other custom touches on the Rebel include chopper-style headlight and taillight, high-flying fishtail mufflers, and silver metalflake flames over the black paint.

It just goes to show that customs, such as the Rebel, can come in all shapes and sizes. The whole idea is to "have it your way," whatever that way might be.

Go to the next page for more photos and details of this Honda-powered chopper, the Rebel.

The Rebel is a custom Honda motorcycle built by X-Treme Cycle. Below are more pictures and detail of this throwback chopper.

The Rebel's straight handlebars with diamond-shaped mirrors and a lone instrument clean up the look from the driver's seat.

The Rebel's seat insert matches the metalflake accents on the bike's sheet metal. Behind the seat, the custom taillight is a modern chopper touch found on the Rebel. Upswept fishtail mufflers mimic those from years past. Solid rods replace the rear shocks, lowering the bike's profile by giving it, in effect, a hardtail frame.

The coffin-shaped fuel tank on the Rebel is another throwback to yesteryear; barely visible are its glittery flames.

For more information on custom choppers or motorcycles, see: 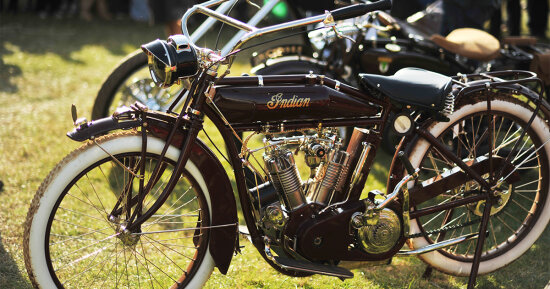 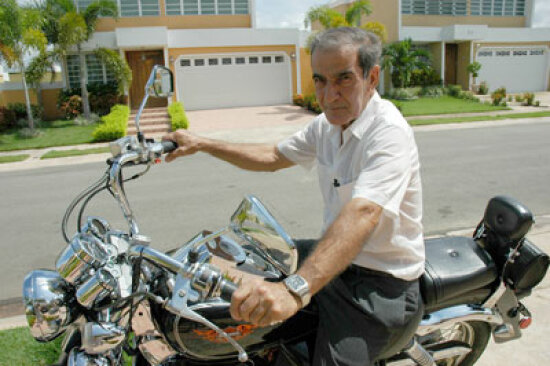 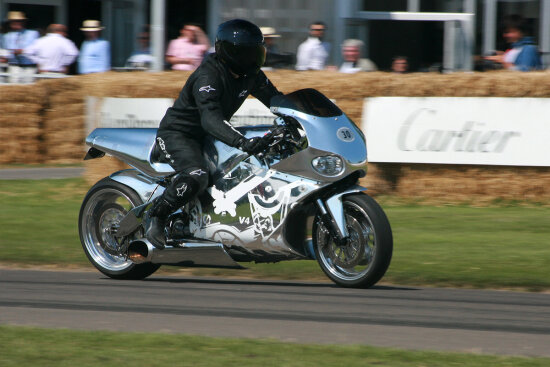