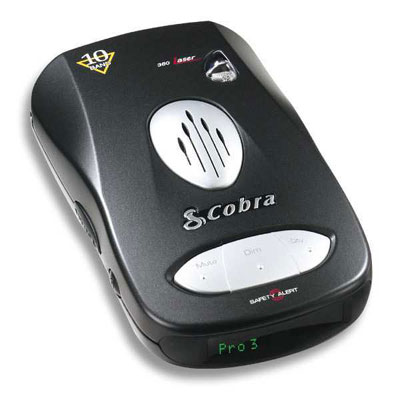 ­For many people, speeding is a normal part of daily life. This law-bending is so prevalent and commonly accepted that there is even specialized electronic equipment to help drivers get away with it. Since their introduction in 1970s, radar detectors have become a must-have accessory for would-be Andrettis everywhere.

In this article, we'll find out what radar detectors do and how they do it. We'll also look at more advanced speed guns and detectors and see what police departments are doing to combat detection technology. 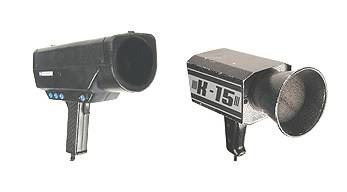 ­To understand how radar detectors work, you first have to know what they're dete­cting. The concept of measuring vehicle speed with radar is very simple. A basic speed gun is just a radio transmitter and receiver combined into one unit. A radio transmitter is a device that oscillates an electrical current so the voltage goes up and down at a certain frequency. This electricity generates electromagnetic energy, and when the current is oscillated, the energy travels through the air as an electromagnetic wave. A transmitter also has an amplifier that increases the intensity of the electromagnetic energy and an antenna that broadcasts it into the air.

Radar can also be used to measure the speed of an object, due to a phenomenon called Doppler shift. Like sound waves, radio waves have a certain frequency, the number of oscillations per unit of time. When the radar gun and the car are both standing still, the echo will have the same wave frequency as the original signal. Each part of the signal is reflected when it reaches the car, mirroring the original signal exactly.

But when the car is moving, each part of the radio signal is reflected at a different point in space, which changes the wave pattern. When the car is moving away from the radar gun, the second segment of the signal has to travel a greater distance to reach the car than the first segment of the signal. As you can see in the diagram below, this has the effect of "stretching out" the wave, or lowering its frequency. If the car is moving toward the radar gun, the second segment of the wave travels a shorter distance than the first segment before being reflected. As a result, the peaks and valleys of the wave get squeezed together: The frequency increases.

Police officers have been catching speeders this way for more than 50 years. Recently, many police departments have added a new sort of speed detector, one that uses light instead of radio waves. In the next section, we'll see how these cutting-edge devices work.

The lidar gun clocks the time it takes a burst of infrared light to reach a car, bounce off and return back to the starting point. By multiplying this time by the speed of light, the lidar system determines how far away the object is. Unlike traditional police radar, lidar does not measure change in wave frequency. Instead, it sends out many infrared laser bursts in a short period of time to collect multiple distances. By comparing these different distance samples, the system can calculate how fast the car is moving. These guns may take several hundred samples in less than half a second, so they are extremely accurate.

Smile for the Camera!

Police may use handheld lidar systems, just like conventional radar guns, but in many areas, the lidar system is completely automated. The gun shines the laser beam at an angle across the road and registers the speed of any car that passes by (the system makes a mathematical adjustment to account for the angle of view).

When a speeding car is detected, the system triggers a small camera, which takes a picture of the car's license plate and the driver's face. Since the automated system has collected all of the evidence the police need, the central office simply issues a ticket and sends it to the speeder in the mail.

In the next sections, we'll see how detector devices help speeders evade radar and lidar speed traps. We'll also find out what the police can do to figure out who's using a radar detector. 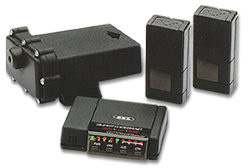 In the previous sections, we saw how police use traditional radar as well as new laser technology to catch drivers speeding. As it turns out, conventional radar is relatively easy to detect. The simplest radar detector is just a basic radio receiver, something like the one you use to pick up FM and AM radio stations.

The air is full of radio signals -- they're used for everything from television broadcasts to garage door openers -- so for a receiver to be at all useful, it must pick up only signals in a certain range. The receiver in a radio is designed to pick up signals in the AM and FM frequency spectrum, whereas the receiver in a radar detector is tuned to the frequency range used by police radar guns. Periodically, the frequency range used by the police is expanded, and speedsters everywhere have to invest in new detection equipment.

A basic radar detector won't do you much good if the police officer drives up behind you and turns on the radar gun. The detector will alert you, but by that time, the officer already has all the information he or she needs. In many cases, however, detectors pick up the signal before the speeding car can be tracked. Police often leave their radar guns turned on for a long period of time, instead of activating them after sneaking up behind a car.

Radar guns have a cone- or dish-shaped antenna that concentrates the radio signal, but the electromagnetic wave quickly spreads out over a wide area. The radar gun is configured so that it only monitors the speed of a particular target, not everything in the vicinity, so chances are a detector will pick up the radio signal well before the radar gun recognizes the car.

Of course, with this sort of detector, you're relying mostly on the luck of the draw -- if the police officer decides to target you before any other car, you're caught. Modern detectors offer much more extensive protection for speeders, as we'll see in the next section.

I­n the last section, we looked at conventional radar detector, which pick up police radar with a simple radio receiver. This sort of detector is a completely passive device: It simply recognizes the presence of radar. More sophisticated detectors actually take an active role in eluding the police. In addition to the basic receiver, these devices have their own radio transmitter, which emits a jamming signal. Essentially, the signal replicates the original signal from the police radar gun, but mixes it with additional radio noise. With this information added, the radar receiver gets a confusing echo signal, and the police can't make an accurate speed reading.

Modern detectors may also include a light-sensitive panel that detects the beams from lidar guns. These devices are more difficult to evade than traditional radar because the beam is much more focused and it doesn't carry well over long distances. By the time a detector recognizes the presence of the laser beam, the car is most likely in the beam's sights already. Some speeders try to get around these systems by reducing the reflectivity of their car. A black surface reduces reflectivity because it absorbs more light. Drivers can also get special plastic covers that reduce the reflectivity of license plates. These measures reduce the effective range of the lidar system, but not the range of the driver's detector. With this extra time, a speeder might be able to slow down before the lidar gun can get a read on his or her speed.

Speeders may also use a laser jammer. This works basically the same way as a radar jammer. In addition to a light-sensitive panel, the detector has its own built-in light emitting diodes (LEDs) that produce a light beam of their own. When this beam shines on the lidar system, the receiver can't recognize any reflected light and so can't get a clear speed reading.

It's important to note that none of these systems are 100 percent effective; even with a top-of-the-line detection and jamming system, the police still might catch you speeding. Also, since police periodically introduce new speed-monitoring technology, a detector might suddenly become outdated. Whenever this happens, the fully equipped speeder has to dump everything and pick up all new equipment.

Of course, there is always one surefire way you can avoid speeding tickets, no matter what technology the police come up with: slow down!

For more information on radar detectors and related topics, check out the links on the next page.

Since they have an oscillating current, all radio receivers not only pick up radio signals, they also emit them. This means that any radar detector, whether it has a jammer or not, broadcasts a tell-tale radio wave whenever it is turned on.