What does it mean when a car has dual overhead cams?

Browse the article What does it mean when a car has dual overhead cams? 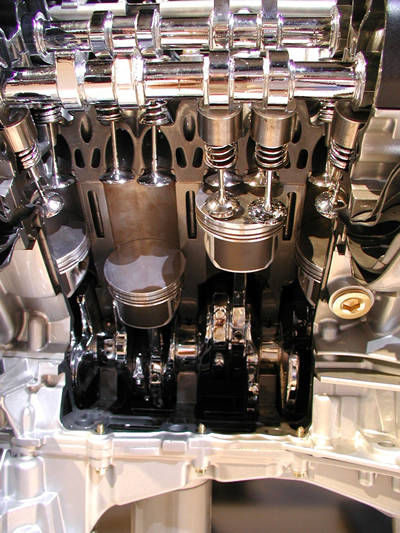 The camshafts have the job of opening the valves that let air into and exhaust out of the engine. The camshaft uses rotating lobes, called cams, that push against the valves to open them. Springs on the valves return them to their closed position. This is a critical job, and can have a great impact on an engine's performance at different speeds.

The main benefit of dual overhead cams is that they allow an engine to have four valves per cylinder. Each camshaft operates two of the valves, one camshaft handles the intake valves, and one handles the exhaust valves.

Having four valves per cylinder gives an engine several advantages.

For more articles about car engines and related topics, check out the links on the next page.