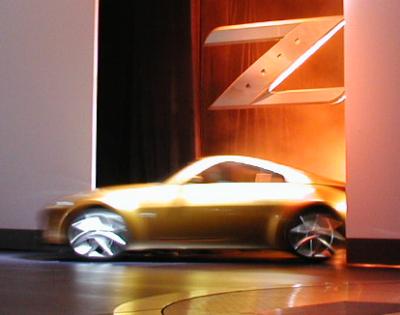 Nissan unveiled its new Z concept car today. This car is the successor to the 1990 300 ZX and the original 1970 240 Z sports car, which was the fastest-selling sports car of all time. Nissan is hoping to capture the affordable sports-car market again with the new Z, which will go on sale in mid-2002.

The new Z takes some of its design cues from the original Z sports car, but is not as retro as such revival cars as the Volkswagen Beetle or the Ford Thunderbird.