What are modular hybrids? 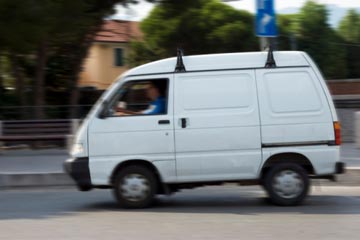 Image Gallery: Hybrid Cars In the future, this delivery truck could have a modular engine which runs on gas and electric power sometimes and diesel at other times. See pictures of hybrid cars.
iStockphoto/Thinkstock

What if you could configure your pickup truck to run on gasoline and electric power for your weekly commute, then change it to run on diesel and even more electric power to haul your boat to the lake for the weekend? It seems like a scene from the Will Smith sci-fi flick "iRobot," but it's not. This is just an example of what you could do with a modular hybrid vehicle.

Modular hybrid vehicles give drivers the ability to add and subtract electric components and search for the combination of gas and electricity that best meets their needs. Imagine a scenario in which a shipping company such as United Parcel Service (UPS) has a fleet of identical tractor-trailer (three-axle) hybrid trucks. Let's say these trucks haul one to three trailers full of packages at once. If these trucks ran on conventional diesel-powered engines, UPS wouldn't have to worry about power. The same truck that could haul 25,000 pounds (11.34 metric tons) in a trailer could haul three trailers totaling 75,000 pounds (34.02 metric tons). But if you tasked a modular hybrid truck with much less power to handle that job, there could be problems. Instead of employing three different types of trucks, one modular hybrid truck could do the job by adding additional power modules to one or more axles, depending on the need of the user.

Because of the interchangeable nature of a modular hybrid, the module connectors must be universal. The task of swapping between modules shouldn't be as complicated as swapping a typical engine. Because of this need for "plug and playability," modular hybrids are best served on a serial hybrid platform. A serial hybrid uses an internal combustion engine (ICE) to drive a traction motor or rotary electric generator that then passes electric power through an actuator for battery storage. For propulsion, motors built into each wheel turn each wheel, as opposed to a parallel hybrid, which uses a traditional transmission and drivetrain. It's these individual electric-powered drive wheels that allow you to add and subtract to get more or less drive power for the vehicle.

The benefits of a modular hybrid depend on how low companies can keep the cost during production. In theory, they could be inexpensive. They don't need a huge engine (if serial) and would be much lighter because they cut out components like driveshafts and drive axles [source: Ireson]. When and if a true electric vehicle grid is ever established, this would also possibly negate the need of batteries, saving more weight and cost. Not many auto manufacturers have embraced modular hybrid technology as of yet. Currently, there does not seem to be much consumer demand for the modular hybrid either.

We may be more inclined to see fuel cell vehicles with modular designs that eliminate engines altogether. These types of vehicles are similar to a serial hybrid in design with regard to integrating individual electric drive motors on the wheels. Several manufacturers, including Ford and General Motors, are researching the concept [source: Krebs].