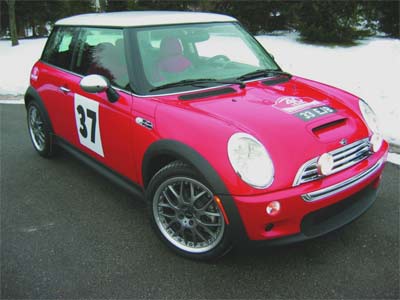 The manufacturer's suggested retail price (MSRP) of the 2007 MINI Cooper models are:

The amazing variety of options and packages available for the MINI Cooper can significantly impact the price of a car. For example, a MINI Cooper S Convertible with the optional Sidewalk Package, limited slip differential, universal hands-free kit and 18-inch double spoke wheels has an MSRP of $35,500. The MINI USA Web site has a "Design & Build Your Own MINI" feature with over 10,000,000 possible variations.

On the other end of the price scale, the MSRP for a 2002 MINI Cooper is $16,300. You can research MINI Cooper prices and search for a car of your own on the Consumer Guide Auto.

The MINI Cooper had assured its place in the United States market. BMW followed the pattern of the original Mini line and few changes were made from one year to the next. Owners became enchanted with the stylish little cars, and car customization became more common. The 2007 model would bring owners new options and make personalization of vehicles even easier.

Learn about the MINI Cooper community in the next section.