The Evolution of MINI 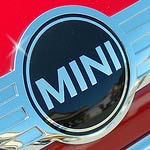 As years passed, BMC's corporate structure changed many times. Even the British government operated the company for several years -- at a considerable loss. Despite the changes in corporate structure, the Mini didn't change much at all. Small mechanical adjustments were made from one year to the next, but in general, a Mini from 1959 would look practically identical to one made in 1999. This was partly due to a great basic design, and partly due to the simple fact that BMC (and the succession of other companies it became) had other things to worry about than the design of a little car.

In 1994, BMW purchased The Rover Group, the company that was then producing the Mini. BMW recognized the impact of the original Mini and planned to completely re-invent it. In 2000 production on the original Mini model came to an end. By that time, more than 5,000,000 Minis had been produced and sold. A panel of 100 automotive industry experts voted the Mini as the most significant car of the century. Although the Mini was a rare sight in the United States, in Europe it helped define designs for both cars and city streets. The car that symbolized British motoring for 40 years had come to the end of the road.

The new MINI Cooper still had the bulldog stance, with the four wheels at the corners of the vehicle. It still used front wheel drive, and drivers quickly reported on the superb handling of the little car. The center-mounted speedometer remained part of the classic interior layout. BMW had bet that the new style would appeal to classic Mini enthusiasts as well as drivers who had never sat behind the wheel of the MINI Cooper's predecessor. The bet would pay off; sales of the MINI Cooper would quickly exceed BMW's optimistic projections.

The MINI Cooper has made a huge impact on the United States market in a short time frame, appealing to jet-set celebrities and middle class suburbanites alike. An entire culture of MINI Cooper customization thrives in the automotive community, encouraged by BMW through numerous personalized options and car kits. The car's retro appearance, surprising power, tight handling and an innovative approach to personalization have convinced American drivers that it is the small car of the future.

In the next few sections, we'll examine the two design generations of the MINI Cooper from 2002 to 2007. We'll also check out the major design and engineering features for each generation, significant changes to the MINI Cooper for each model year, the car's reliability and any safety recalls.