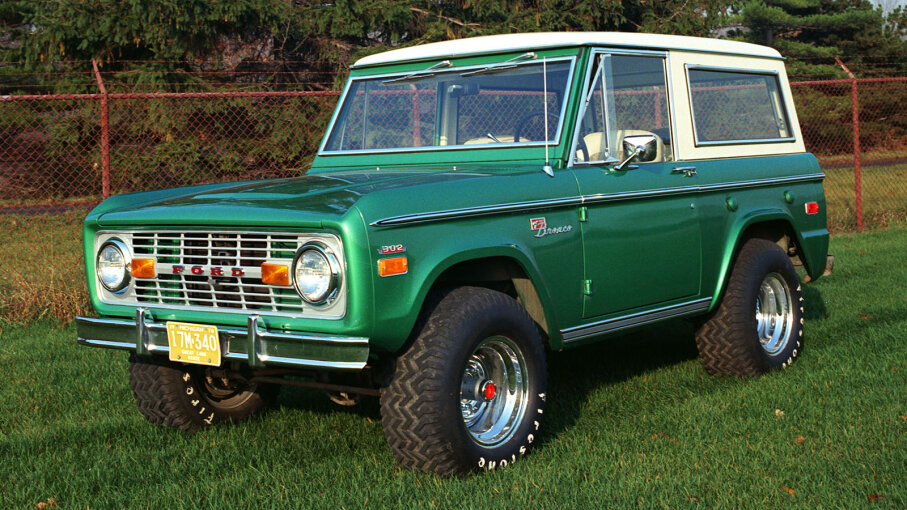 If you believe stereotypes, you might think millennials kill everything, from marriage to those massive department stores. Even American cheese. You may have even heard that those same millennials (those born between 1981 and 1996) are killing cars as we know them, mostly because they just don't want to drive.

But like a lot of those ideas about millennials, which have turned out to be just myths, there's new data from the classic car insurance company, Hagerty, that suggests we can add the idea that they hate cars and driving them to the fiction pile, too.

"Whether you call them stereotypes or documented trends or whatever, there is just this conventional idea that when it comes to cars, millennials aren't interested in them," says Jonathan Klinger, Hagerty's vice president of public relations. Klinger says that it's easy to draw that conclusion, based on evidence that includes the steady decline of young people getting their driver's licenses at age 16, an increase in mass urbanization, and the popularity of ride-sharing apps. However, we may end up thanking millennials for one thing: Saving the hobby of car collecting.

"We're looking at the side of the automotive industry that attracts people who are passionate about cars, and in late 2018, market activity from Gen X and millennials combined exceeded that of the baby boomers and older," Klinger says. "That was the first time that shift happened, and in the car space, in the enthusiast side of the automotive market, there has been the conventional wisdom that the hobby of car collecting was going to die with the baby boomer generation. According to our data, that is strictly no longer true."

To clarify, car collecting doesn't necessarily mean owning more than one car, but rather it's the pursuit of owning a vehicle for pleasure rather than everyday driving. Here are some of Hagerty's statistics about millennials' car collecting habits and lifestyle:

What Cars Millennials Are Collecting

Klinger says the growing interest in trucks and SUVs for younger collectors isn't especially surprising, considering their overall popularity in the United States, but it's one of the most distinctive shifts away from the older generation of collectors.

"The older generations' idea of a collector car would have been Corvette, Mustang, Camaro, European sports car, British sports car. The younger generations are several times more likely to seek out a first-generation Ford Bronco, which was 1969 to 1977, or a Chevrolet pickup from the '60s and '70s," Klinger says. "[There's] this idea that a truck or an SUV or something designed to go off-road is sought after as something fun to own rather than 'Oh, I need this to haul the yard waste' or 'I need this 'cause I like to go off-roading.'"

Furthermore, Klinger notes, there are distinct advantages to owning a vintage truck or SUV instead of a collector car. They're more common, generally more affordable, easier to work on, and parts are easier to find. Buying a vintage vehicle with the intent of working on it, Klinger says, aligns with general rise in "do-it-yourself" or "maker" culture.

Hagerty has observed that, not only do millennials prefer different vehicles than their elders, they also use the vehicles differently. Younger collectors are more likely to drive their cars and more likely to attend driving-related events, whereas, the older generations idea of fun is taking their car to a car show and hoping to win a trophy, Klinger says.

Even though the hobby can be a welcome escape from technology, Klinger concedes that younger car collectors or newcomers might not see it that way. He notes that a relatively new event called Radwood, which celebrates historically underappreciated cars from the '80s and '90s, thrives on social media even though the purpose of the event is to reminisce about days gone by.

Why Millennials Are Collecting Now

Now that millennials' indulgence in the collector car hobby is better understood, the question remains, why now? The answer is complex, but part of the reason is Gen Xers are in the prime of their earning years, and Hagerty's research found that they collect with as much vigor as the boomers did before them. And, we can also thank the 100-million-strong millennials who are also at the cusp of collecting in huge numbers, too.

And now it also a great time for their renewed interest. Klinger points out there are plenty of desirable collector cars that can be purchased for less than $10,000 or even $5,000.

"Owning a vintage car or an enthusiast car can be a sign of success, but not excess," Klinger says.

Now That's Interesting
There's an ongoing debate about what's considered classic and vintage in the world of car collecting. "Vintage" refers to "a period of origin or manufacture" whereas "classic" means "of the first or highest quality." So while the terms are often used interchangeably, "vintage" typically refers to cars over a certain age (usually 25 years), while "classic" refers to those cars that are the most sought after, like the Pontiac GTO.